West Coast gasoline values outpaced the rally across the rest of the country with CARBOB gaining more than a dime in both the LA and San Francisco spot markets. The big jump in CARBOB basis values to 8 month highs didn’t coincide with any new refinery disruptions, but it did come just 2 days following a ruling by California regulators requiring refineries improve their NOx emissions, which will cost billions to implement, and could force another plant or two to shut their doors.

The EIA raised its price outlook for crude oil in the latest Short Term Energy Outlook, and noted that fuel switching from natural gas to petroleum for electricity generation should continue pushing demand higher in the coming quarter. That said, the agency also increased its production estimates for next year as drillers race to take advantage of higher prices, which they predict will push prices lower in 2022. The report also highlighted the extreme backwardation in the price curve, noting that this type of price structure typically only happens following a severe supply disruption, whereas this time it’s been the fast recovery in global recovery that’s driven the tight supply.

The API reported a draw in crude oil inventories of nearly 2.5 million barrels last week, snapping a 6 week streak of increases, while gasoline stocks dropped roughly ½ million barrels and diesel increased by about the same. That report gave prices a brief bounce in the afternoon, but failed to sustain the upward momentum overnight. The DOE’s report will be out at 9:30 central.

Ethanol looks like it may have made the turn lower after an insane rally of $1/gallon to start November pushed prices to all-time highs in some markets, although reports of logistical bottlenecks caused by rail and trucking delays are likely to continue to cause headaches until the winter demand slowdown takes hold. 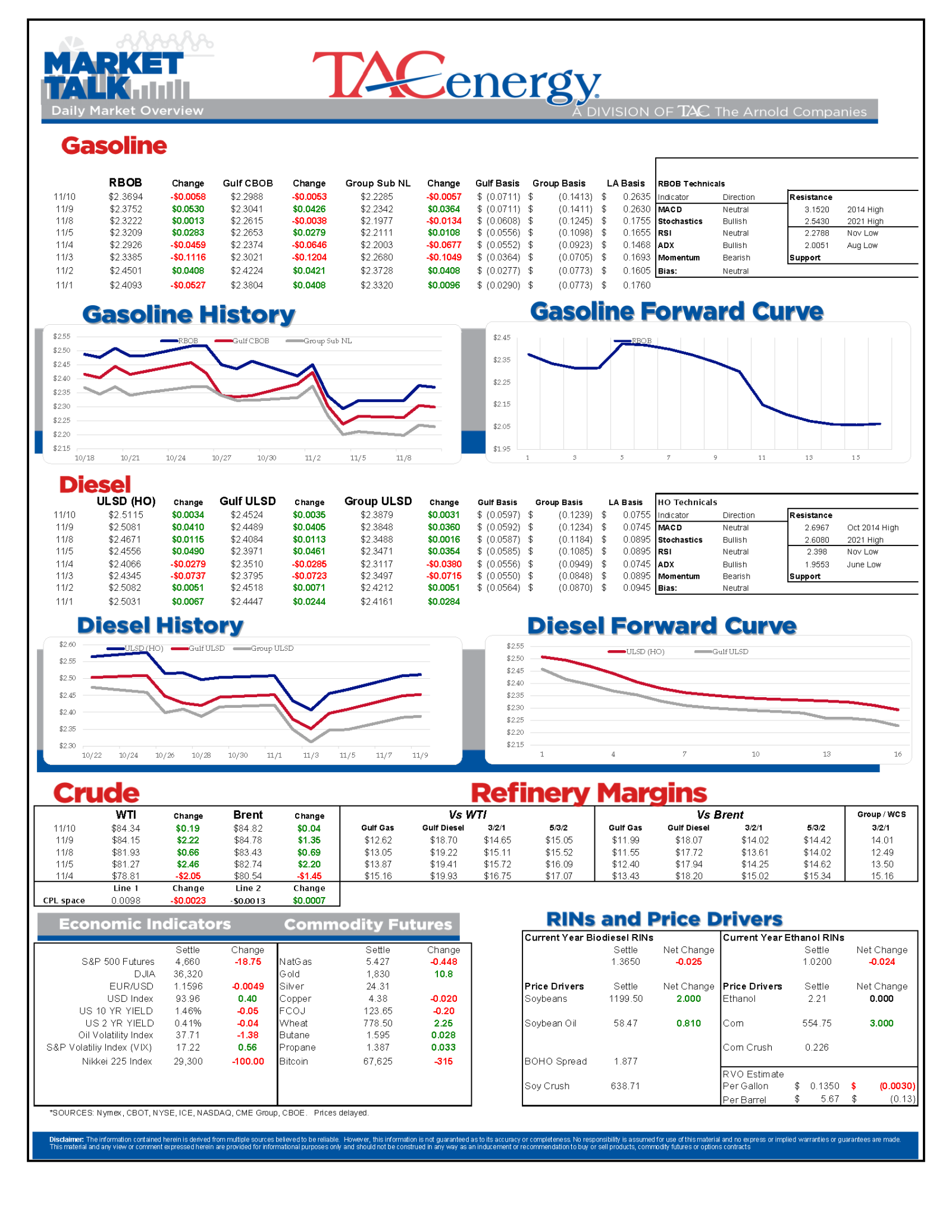 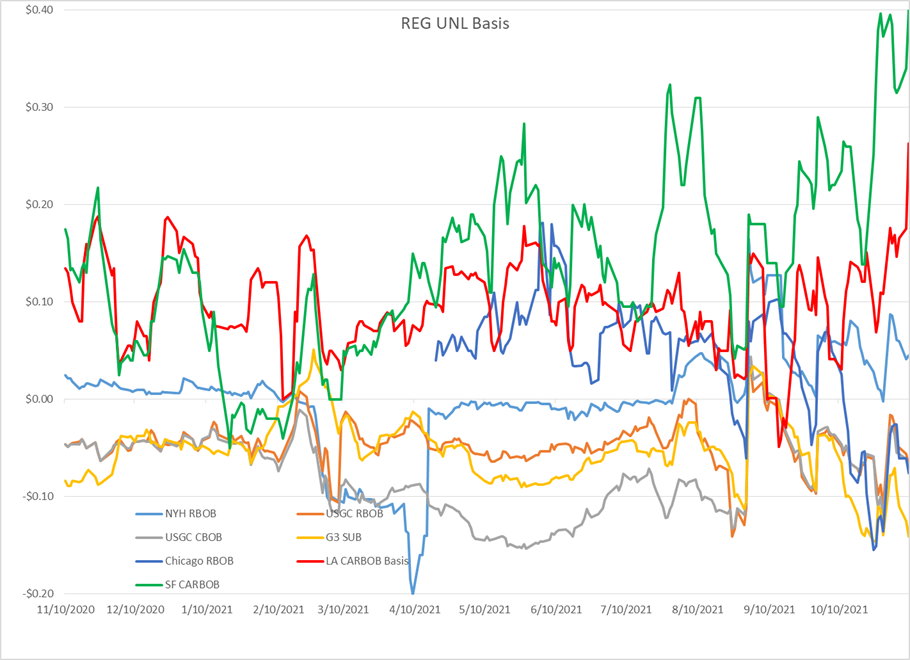 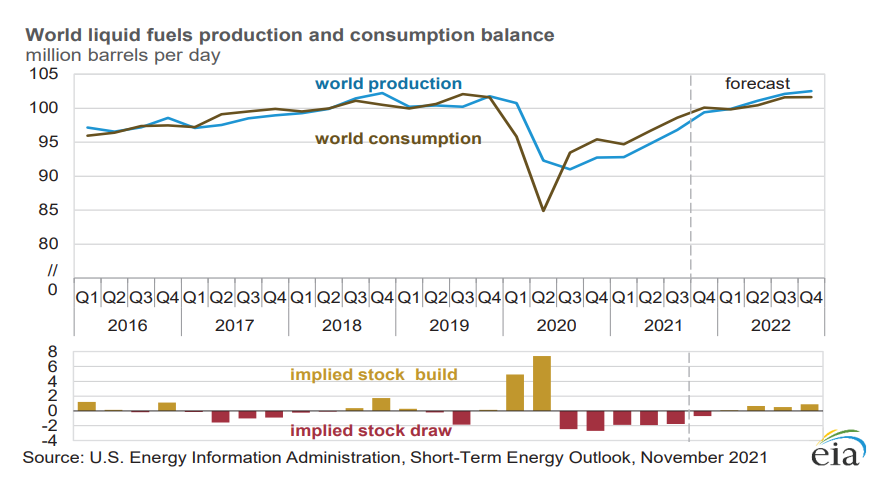