It looks like we might be in for a bit of sideways trading after Friday’s attempt as selling off fizzled out, and then Sunday night rally attempt did the same. It will be a busy week for earnings releases that should keep equity markets on their toes, and there will no doubt be plenty of news from Washington that could influence prices, but the charts suggest we may be consolidating as short term indicators move to neutral territory.

A healthy bounce in gasoline demand estimates from the DOE helped RBOB futures claw back from heavy early losses to finish Friday’s session slightly higher. While that bounce helped keep the bullish trendlines intact for now, we’ll need to see futures push through their January highs in order to regain the upward momentum and avoid a larger sell-off. It’s not unusual to see gasoline prices rally 50% from the winter to spring, but since they’ve run up more than that during the winter, we may be due for a spring pullback instead of a rally unless demand can climb back closer to what we’ve seen in non-COVID years.

Money managers seemed cautious on oil and gasoline contracts, with small increases in net length in WTI and RBOB added last week while Brent saw small declines. The large speculators seem to be getting more bullish on distillates after months of neutral positioning as both ULSD and Gasoil contracts saw substantial increases in net length (bets on higher prices) last week. Those buyers are facing an immediate test as ULSD futures are trading right near the bullish trendline that’s held prices since early November, and if that line breaks there’s a good chance we see a 10-12 cent drop in the next couple of weeks.

Baker Hughes reported a net increase of two active oil rigs in the U.S. last week, marking a 9th straight week of gains. Unlike most weeks however, the Permian basin (which accounts for nearly 2/3 of all active oil rigs in the country) did not drive the increase, and in fact was down by one oil rig on the week.  As last week’s DOE report showed, despite the pick up in drilling activity over recent months, actual U.S. oil output has remained flat during that stretch, holding steady around 11 million barrels/day, compared to 13 million barrels/day this time last year. 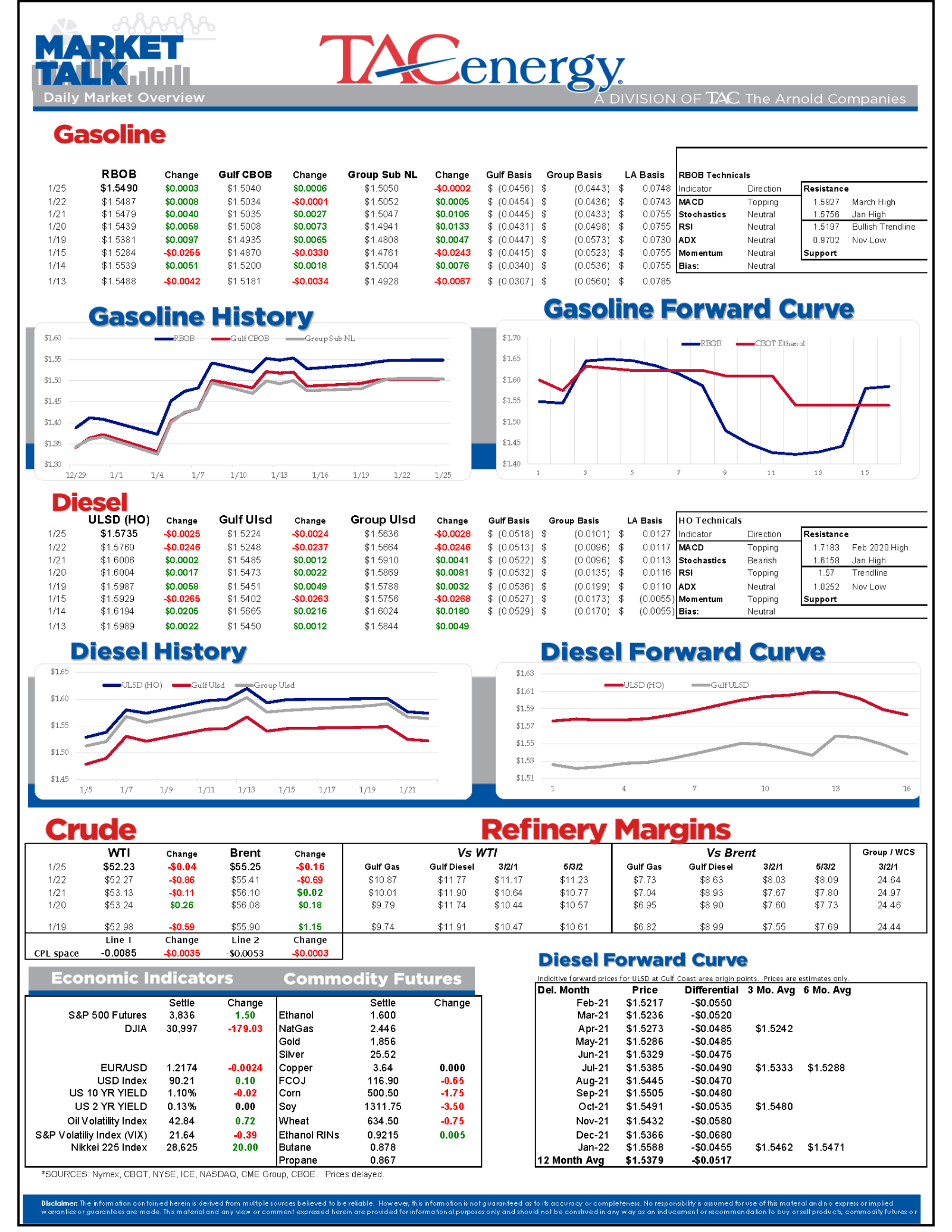 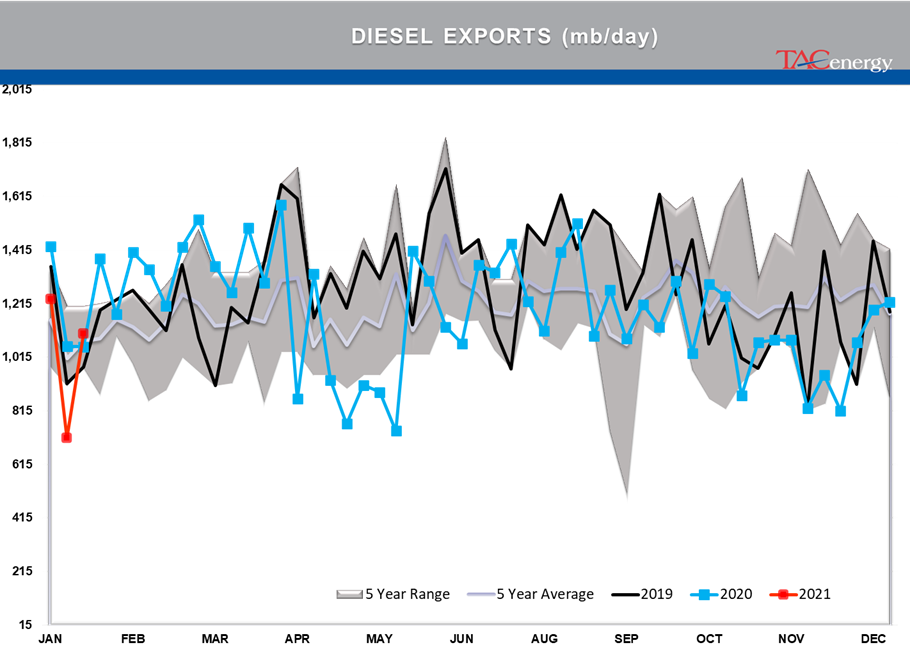