Bulls Have Taken Back Control Of Energy Markets

The bulls have taken back control of the energy markets after a choppy start to the week, with oil prices up more than $2/barrel since Wednesday morning and products up 7-8 cents/gallon. The timing of the rally coincided with the weekly DOE inventory report, although there were plenty of mixed signals in that fundamental data. The timing of the rally also seems to match US stocks finding their footing after some signals that the US/China trade war might be taking a short term breather.

There were not any new developments on the Middle East tensions that appear to be aiding in today’s rally, so it could just be that with fear of a stock collapse no longer influencing prices, the bulls are free to run. Whatever the cause, energy futures now seem poised to test their April highs after surviving a test of longer-term support over the past 2 weeks.

The bullish reaction in products seems to be ignoring a sharp drop in total US Petroleum demand, which dropped by almost 1 million barrels/day last week, although give the volatility in those weekly estimates, it’s hard to blame anyone for shrugging off that data point. Case in point: The gasoline demand estimate for the week dropped from one of the 3 highest weekly figures on record, to a level we haven’t seen in May for the past 4 years. Given the 8 cent rally in RBOB futures since the report, it’s clear that traders aren’t yet too concerned with that estimate.

If you want to find gasoline in the US, there’s plenty in the Gulf Coast (PADD 3) but all other PADDs are below average with the Midwest (PADD 2) and West Coast (PADD 5) both seeing levels below their seasonal 5 year range. Those diverging inventory stats has been reflected in the wide price spreads between regions, and looks like it may remain for a while longer as Gulf Coast refinery runs seem to be healing faster than the other locations.

US Crude oil stocks reached their highest level since September 2017 last week, but US oil production dipped for a 2nd straight week, pulling back to 12.1 million barrels/day from the record high of 12.3. 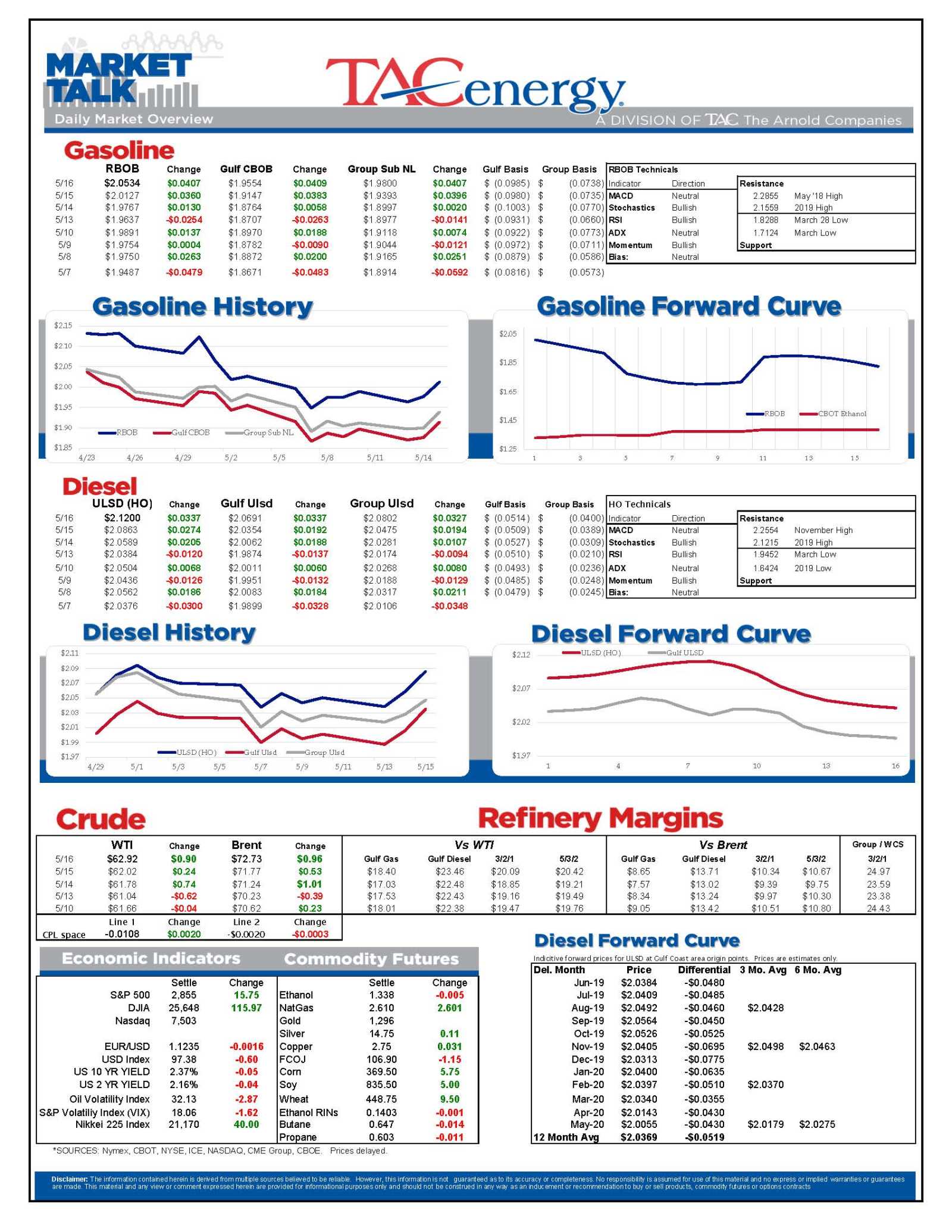 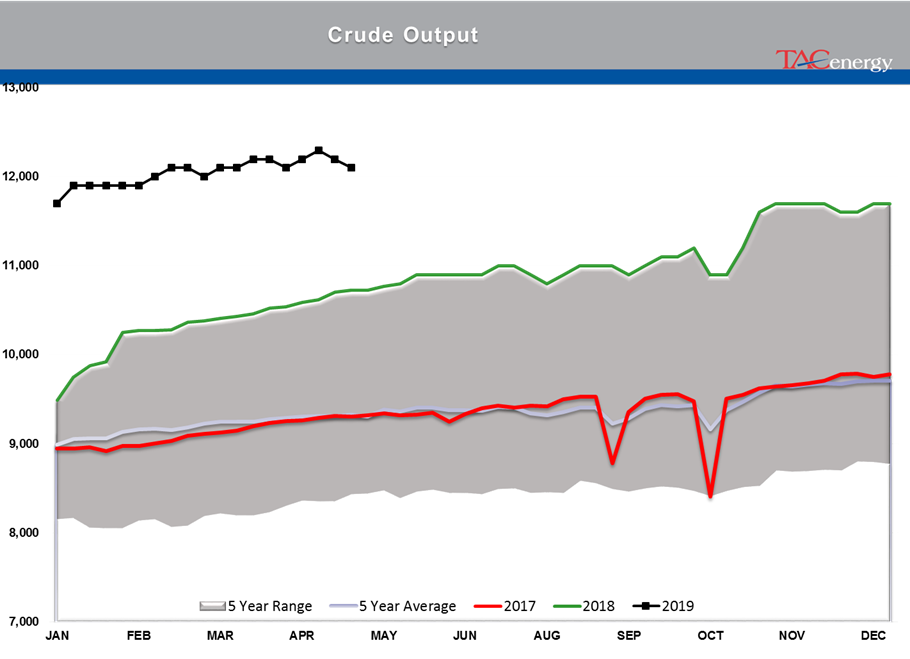 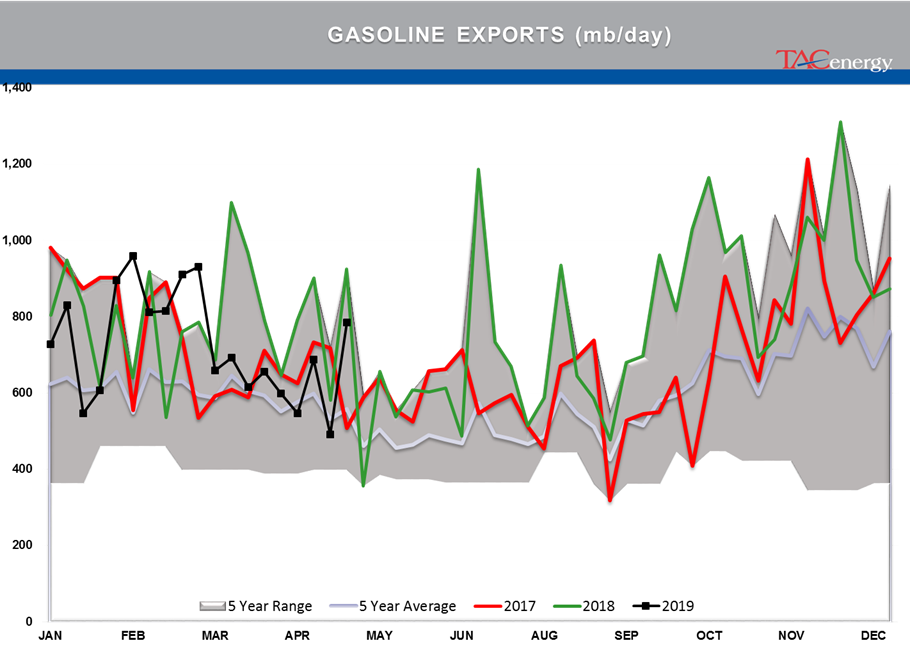