Black Friday Took On A New Meaning This Year

Black Friday took on a new meaning this year as markets around the world were pummeled by fears of a new COVID variant that prompted new lockdowns and travel restrictions around the world. The petroleum futures complex ended Friday with its biggest daily selloff in 19 months (you may remember April 2020 when WTI traded in negative territory) but since spot markets were closed for Thanksgiving, the 12% drop in futures didn’t carry over to physical prices in the US yet.

This morning we’re seeing a sigh of relief rally in both energy futures and equity markets as the drug makers signal confidence that Omnicron can be dealt with in a relatively short time frame, although only about 1/3 of Friday’s losses have been erased so far, suggesting the market still has major concerns.

From a technical perspective, we’ve been saying for some time that refined product charts looked like they could get a 20-30 cent sell-off, we just didn’t expect to see it happen in a single day.  Now that the big flush lower is in the rearview mirror and an 11 cent bounce has already happened, we’re set up with a new range to determine the direction of our next trend. If Friday’s lows get taken out ($2.02 for RBOB and $2.09 for ULSD) there’s a good chance we see another 20 cent drop. On the upside, we’ll need to see the previous support around the $2.18 range for RBOB and $2.26 for ULSD be surpassed to get the charts to a more neutral footing heading towards year end.

The CFTC’s weekly report on NYMEX positions was delayed due to the holiday and won’t be released until this afternoon, but Brent and Gasoil contracts both saw heavy liquidation by money managers, suggesting the big funds may have already been heading for the exits well before things got exciting last week. Keep in mind that the data released today will be as of Tuesday Nov 23, so we won’t see how traders weathered Friday’s storm until the end of this week.

In less exciting news, the attempt to put a Cap & Trade program on transportation fuels across New England seems to have failed as the governors of Massachusetts and Connecticut both signaled they would no longer support the plan known as TCI in the face of already high gasoline prices (and an election year).

Unplanned refinery downtime continues to create many challenges for regional supply networks with the refinery in Toledo OH reportedly needing months to make repairs after an explosion and fire last week, while the flooding that swept across the Pacific North West forced a plant in BC to shutter until crude supplies can be restored. Last week’s DOE report showed that many plants are returning after a busy fall maintenance schedule, which should help limit the impact of these latest disruptions. 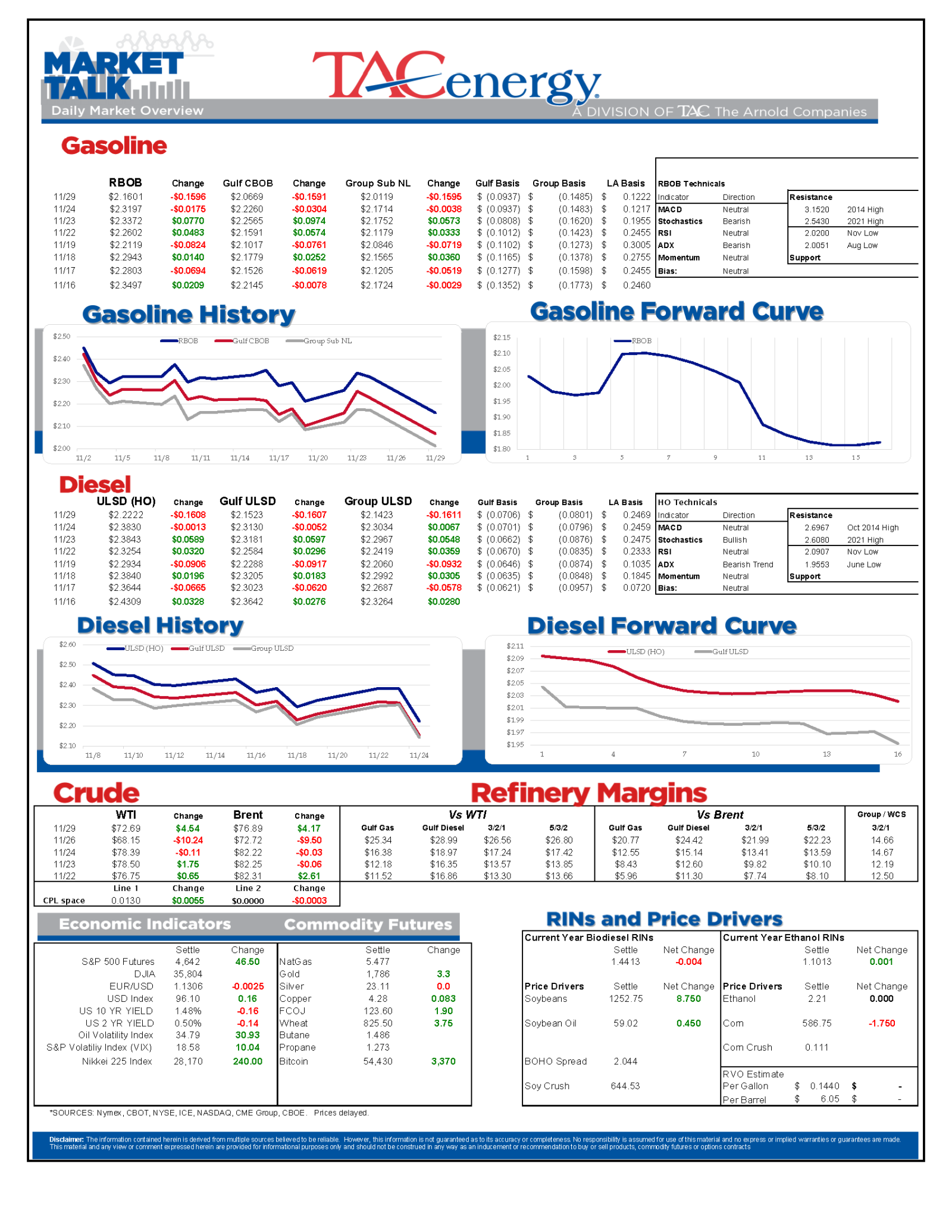 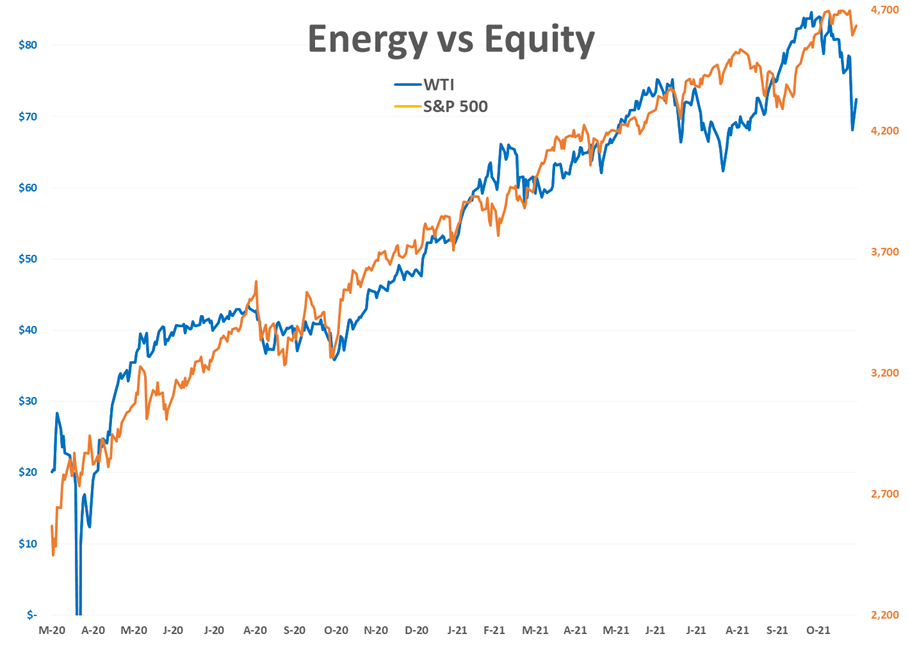 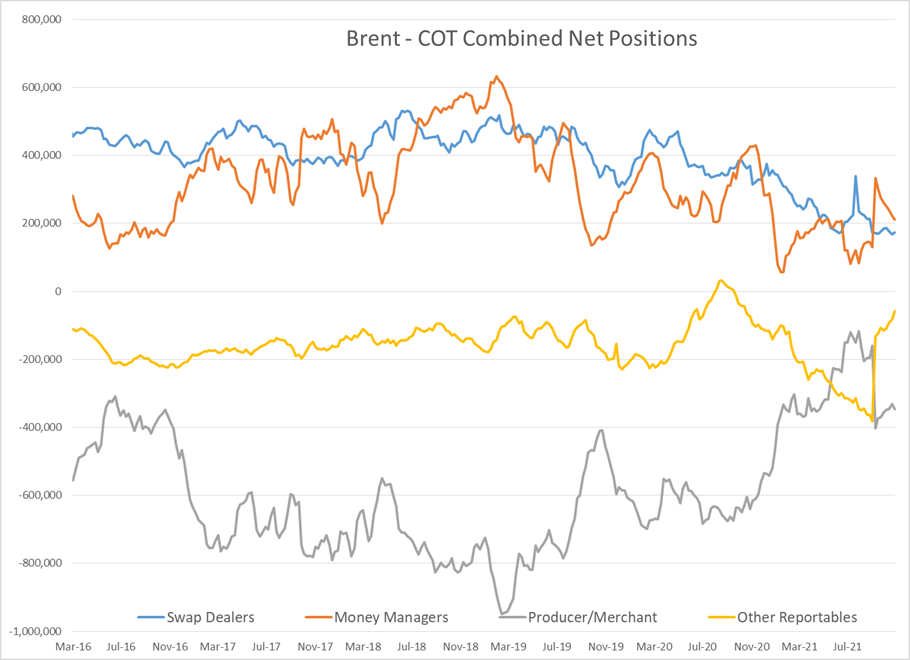