Energy prices are seeing a strong rally for a second day as a major hurricane targets refining country, which could be the biggest storm threat to New Orleans since Hurricane Katrina. Hurricane Delta is the 25th named storm of the season, and will be the 10th named storm to make landfall in the U.S. in a single season, both of which are breaking records set in 2005, the year Katrina, Rita and Wilma devastated parts of the country.

RBOB gasoline futures are leading the charge higher, already up more than 10 cents so far this week, as nearly four million barrels/day of refining capacity - more than 20% of the country’s total - is in the forecast cone for this storm, and essentially all of the NOLA area refineries clustered along the Mississippi River look like they’ll be on the more dangerous east side of its path. See the table below for the refineries at risk. If RBOB can break technical resistance around $1.25 this week, there’s room on the charts for a run at the Hurricane Laura highs of $1.40. Considering we’re already in winter-RVP grades of fuel and expecting the seasonal demand slowdown however, it seems like a long shot for gas prices to sustain that type of rally.

The outlook for Delta is much more dangerous as it rapidly intensified from a disorganized storm to a hurricane yesterday, and is now expected to become a major Category 4 storm in the next couple of days with winds expected to exceed 130 mph before weakening as it approaches land on Saturday.  We’ve already seen numerous examples of forecast models underestimating the strength of these systems (including with this storm just yesterday) so don’t be surprised if it reaches Category 5 – the highest level on the scale - as it makes its way across the Gulf of Mexico. For consumers, the good news is that roughly ¼ of the refinery capacity in the path of the storm has already been shut in or is running at reduced rates, either due to COVID-related demand destruction, or the impacts of Hurricanes Laura or Sally earlier in the year, which should mean less potential impact on prices. In addition, as long as the Houston and Port Arthur hubs aren’t impacted directly, there’s less risk of any shutdowns of the major pipeline systems feeding the East Coast and mid-continent markets.

You’ll see plenty of reports that Gulf of Mexico oil rigs are being shut in ahead of this storm, but with ample inventories and sluggish demand, it’s unlikely those precautionary shut downs will have a long term impact on oil prices.

Diesel prices are lagging the run-up in gasoline prices as distillate inventories remain near record-highs while gasoline stocks have returned to normal seasonal levels. Outside of the annual harvest demand spike happening across the Midwest, the outlook for diesel demand remains sluggish with mass transit and trucking activity looking like it will take years to recover. From a technical perspective, ULSD futures are facing short term resistance at the $1.17 mark this week, and if they break through that level, look like they’ll make a run at $1.25. 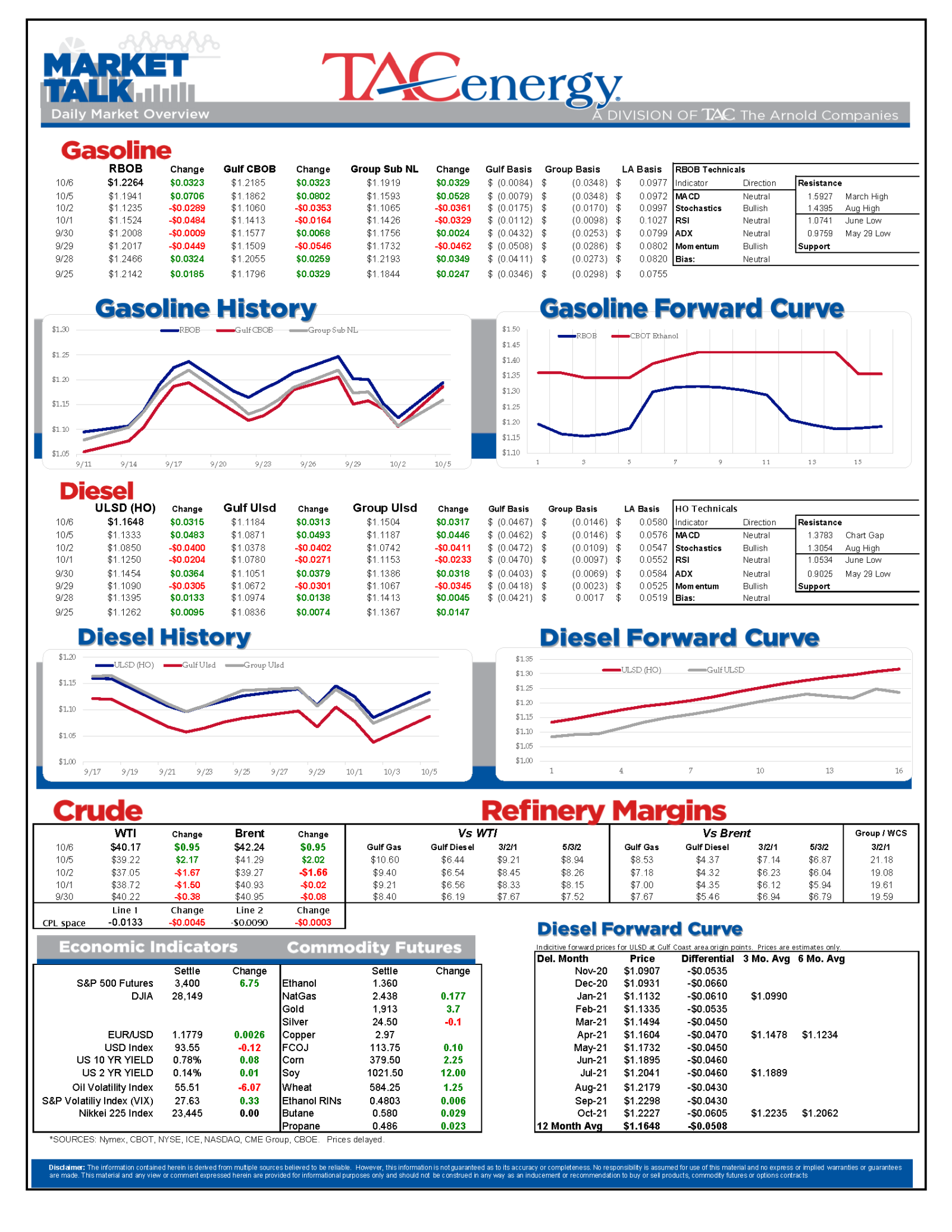 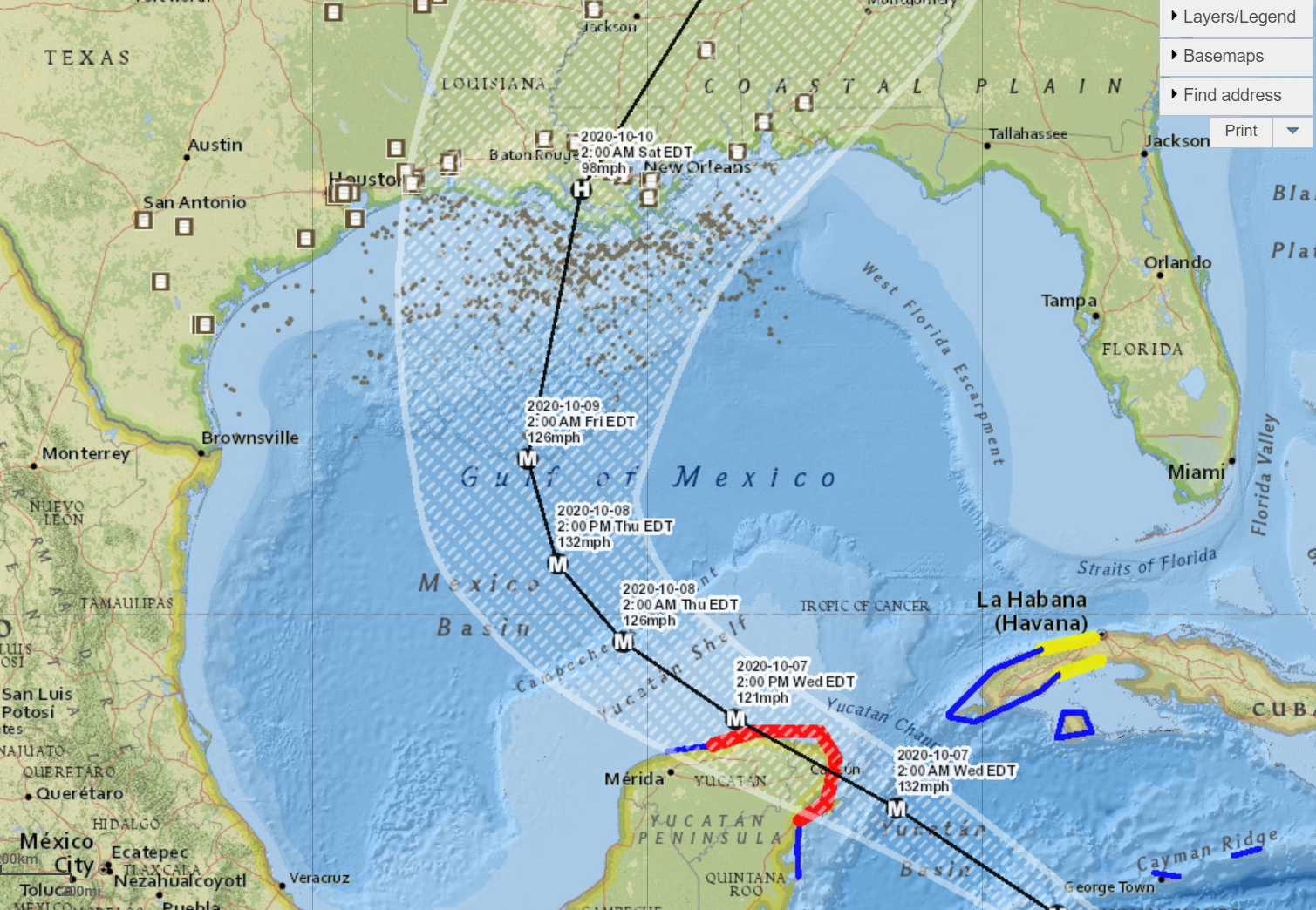