Back And Forth Intraday Action

After a lot of back and forth intraday action the energy complex finally decided to end the day down slightly; although it didn’t feel like lower prices were agreed upon, more like that’s where they happened to be when time ran out. The benchmark crude grades WTI and Brent lead prices lower, both shaving a dollar off during formal trading hours Monday, with American gas and diesel prices lagging behind, down 86 points and 1.85 cents respectively.

In what seems like a more intentional move this morning, refined product prices are bouncing, erasing earlier losses and challenging yesterday’s highs. Monday’s conversations between Russia and OPEC on the possibility of the non-cartel member collaborating in further production cuts present the market with mixed outlooks: Russia’s Energy Minister leaving conversation and options open while watching how June unfolds, hinting that cuts on their end could still happen, opposite the Russian President asserting cuts are not necessary due to the country’s economic makeup. Whether decisions on oil production will be made based on the economic principles or back room political bargaining has yet to be determined.

Regional flooding had temporarily shut down one of Colonial’s major spur lines on Saturday, branching off of the main pipeline to service the southern half of Georgia, but it has since been restarted, limiting a potential supply shortage. Although the National Oceanic and Atmospheric Administration is predicting a “normal” hurricane season this year, consisting of 9-15 named storms including 4-8 hurricanes, this is hardly good news for saturated East Coast and Midwest regions. With no hurricane activity forecasted in the near term, how and if these regions can dry out before being subjected to tropical downfalls is the biggest question facing physical prices.

After a two month long selloff in energy prices, futures are trending higher the past 5 trading session, challenging their first level of support-turned- resistance. NYMEX HO contact will see its first hurdle to higher prices at the upper end of 1.83, which if broken will allow prices about 7 cents of legroom. RBOB on the other hand has resistance levels all huddled around 1.79, making a run at the higher 1.80s seem a little more daunting. 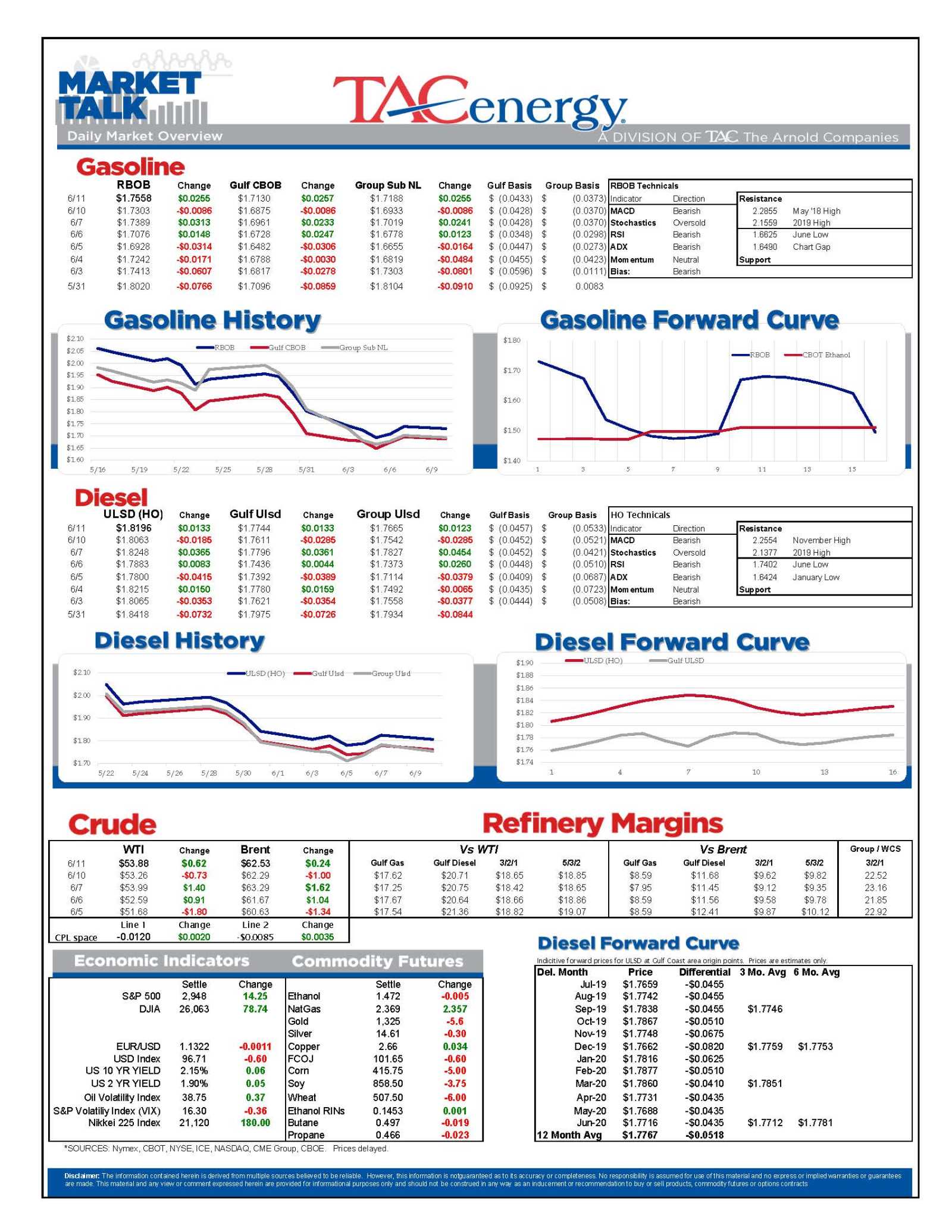