We are back in the back and forth trading pattern for petroleum futures after April’s Spring Break-out rally proved short lived and most contracts have returned to their sideways trading range.

OPEC & Friends are holding their monthly committee meeting today to review their output cut agreement, which is set to taper off over the next several months. The Joint monitoring committee, which monitors global demand and cartel compliance with the agreed upon output cuts, was reported to hold its consumption estimates steady, despite expectations for lower demand in India, Japan and Brazil due to new lockdowns. It’s still not clear if OPEC will hold a full meeting tomorrow or postpone until next month.

While petroleum products return to their yo-yo trading action, ethanol and RIN values continue to press record highs this week. Grain prices have gone parabolic, reaching limit up in Monday’s session and prompting the exchange to increase daily trading limits,  and are starting Tuesday’s trade with more large gains. Ethanol and RIN trading hasn’t really started moving yet today, but based on the grain markets, we are likely to see new record highs set later in the day.

The EIA this morning highlighted the big drop in U.S. energy imports last year, while exports held steady despite the impacts of COVID shutdowns around the globe, reinforcing the country’s place as a key supplier of petroleum to the rest of the world.

The Dallas FED’s Texas manufacturing outlook showed another strong month of growth in April, and the survey projects that stronger than normal activity will continue for the next six months. A lack of freight capacity with truckers continues to be a theme that will create logistical bottlenecks for many industries, and several respondents noted they’re still dealing with the after-effects of February’s polar plunge. 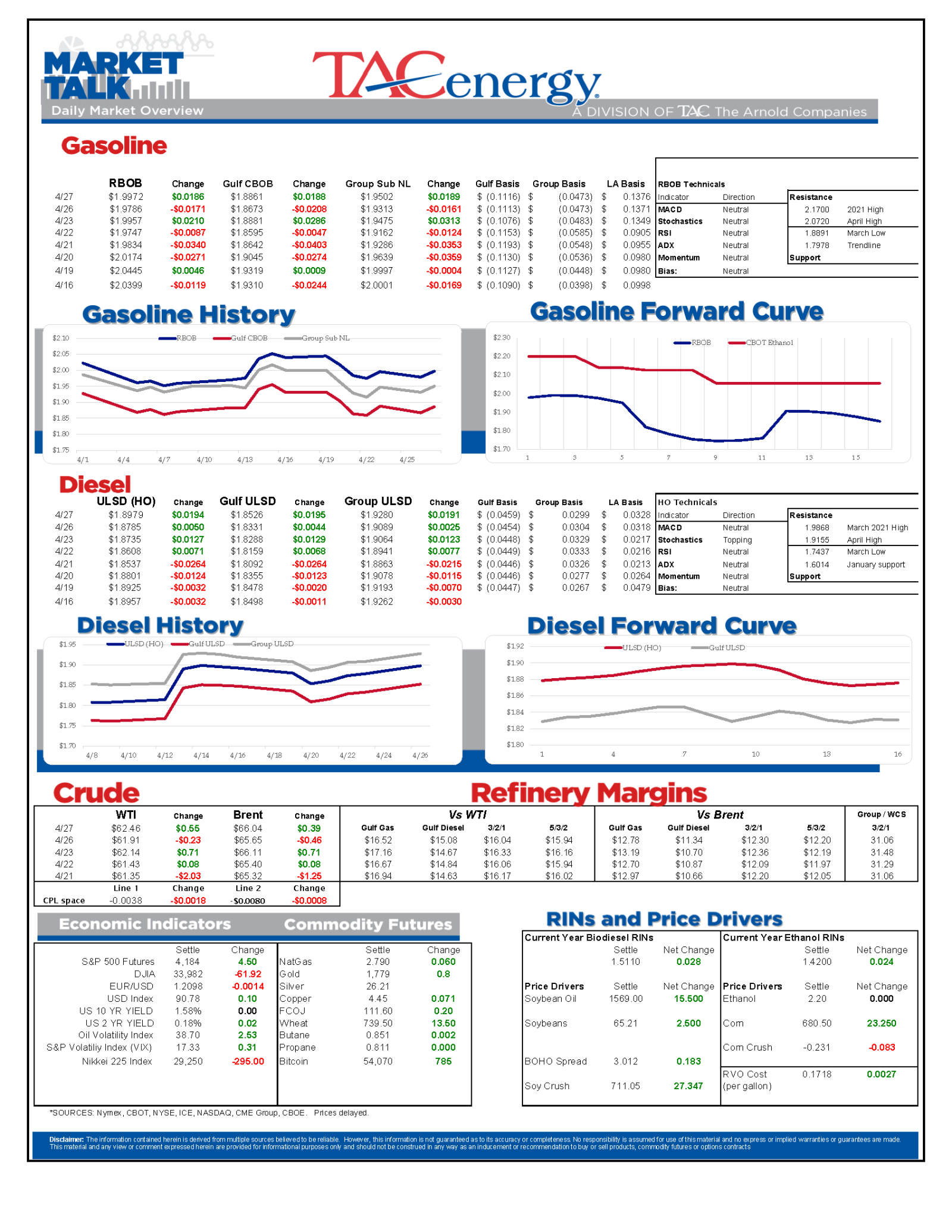 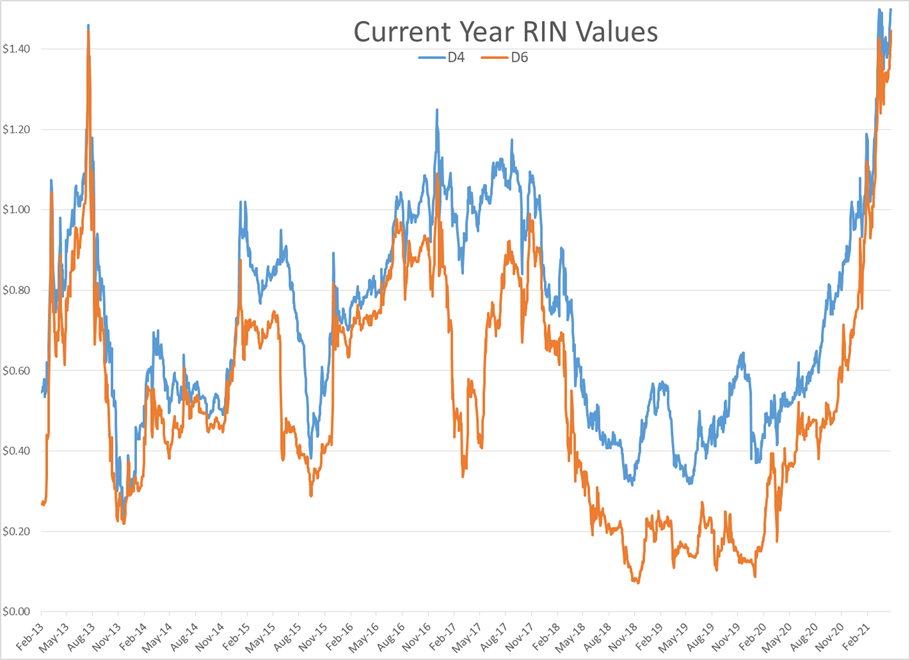 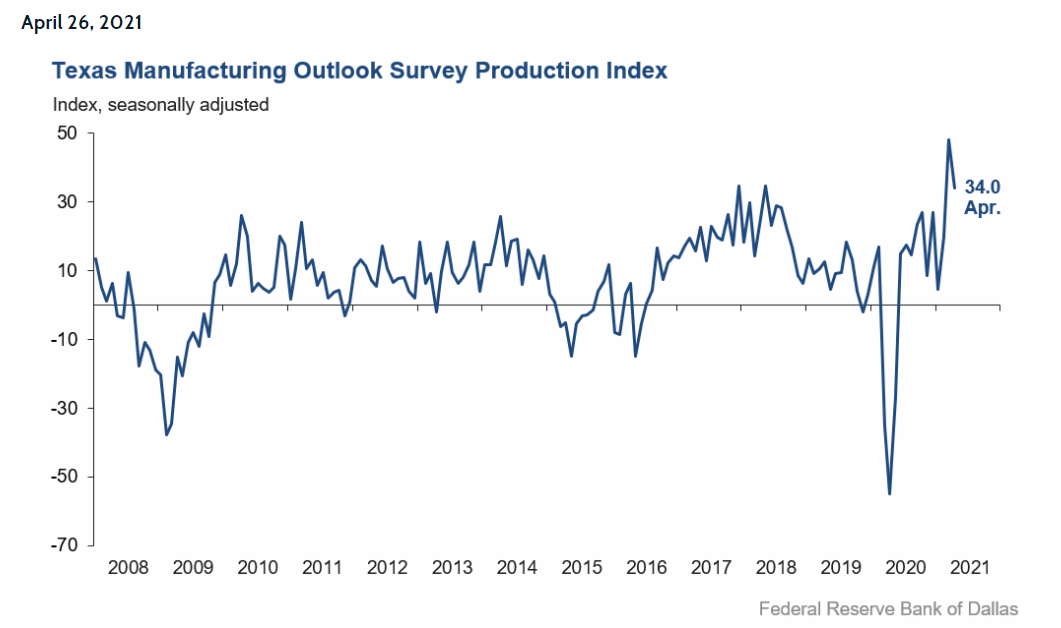