Another Wild Day For Stocks And Commodities

Tuesday was another wild day for stocks and commodities as the Fed made a 50 point rate cut prior to the scheduled FOMC meeting in two weeks – something they haven’t done since the financial crisis in 2008. We saw the DJIA jump 500 points in seconds following that announcement, and refined products followed suit with a four cent spike, but neither rally lasted long and stocks ended the day with large losses, while energy futures gave up all of their gains.

The overnight action has seen more large swings, with both stocks and energy contracts both holding solid gains for the moment. While the coronavirus remains the big story in terms of price movement, it’s also worth noting that primary election results are also appearing to have an influence, with some of today’s early rally being blamed on the lower chance that a socialist will be the next U.S. president.

This turbulence is an indicator of a market struggling for direction, and often coincides with changes in a trend. The trillion dollar question is if this means the end of the last month’s trend of heavy selling – or the end of the longest bull market trend for U.S. stocks on record?

For energy, we’ll need to see WTI break and hold above the $49 range and ULSD do the same at $1.58 in order to say that the worst of the sell-off may be behind us, with both contracts failing their first test at those levels during Tuesday’s big swings.

OPEC and friends are meeting Thursday and Friday this week, with all eyes watching for whether or not the Saudi’s can get Russia to agree to additional output cuts to prop up oil prices in the face of plunging demand.

The API was reported to show a small build in oil inventories last week, while refined product stocks continued their seasonal decline. Oil stocks were up 1.3 million barrels last week, while distillates were down 1.7 million and gasoline was down 3.9 million barrels. The DOE’s weekly report is due out at its normal time today. With air travel one of the hardest hit industries from the coronavirus fears, watch the Jet Fuel figures to see if that drop in demand is showing up in the data already.

The EIA published a look at the growing role of ethanol and natural gas liquids in total U.S. petroleum consumption, reducing the demand from traditional oil refineries. 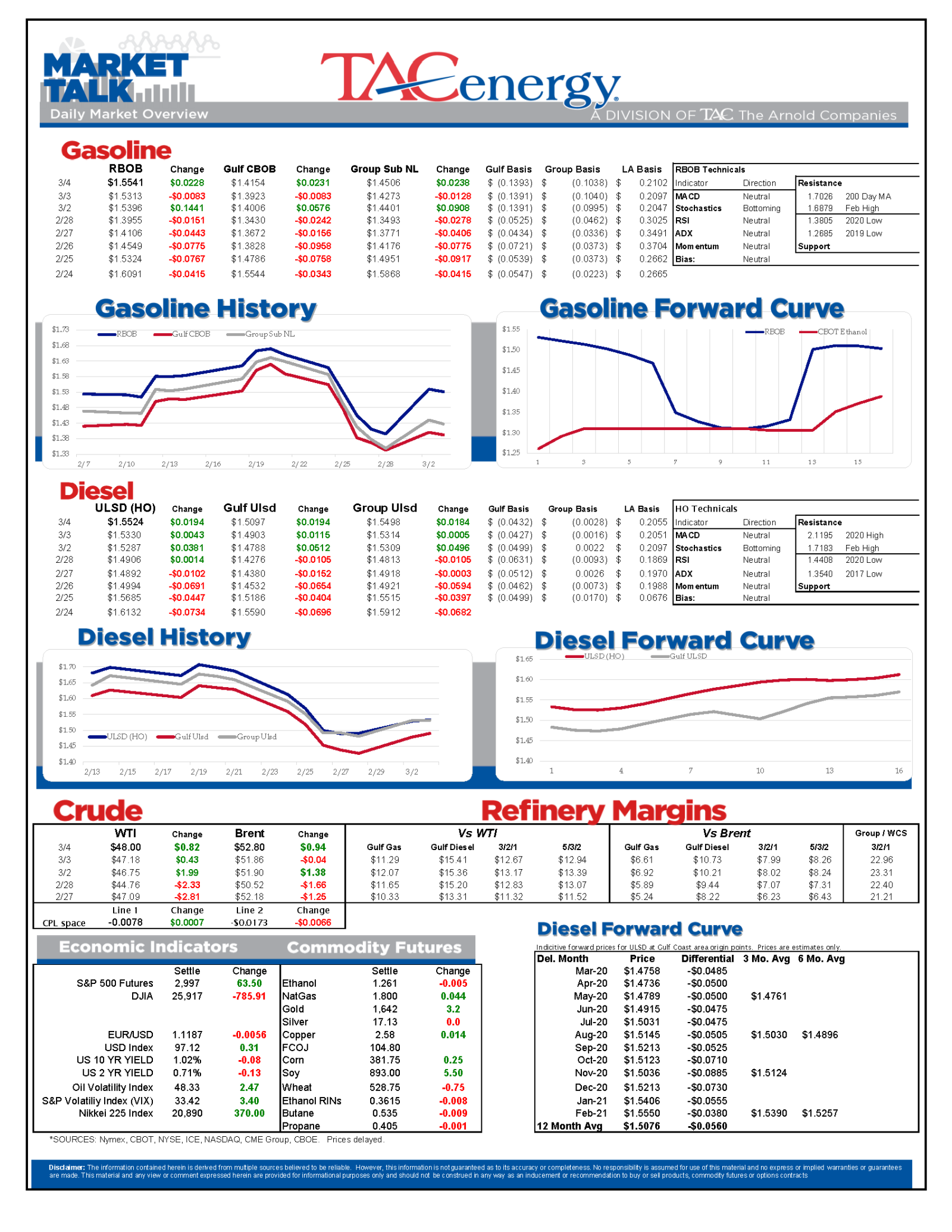 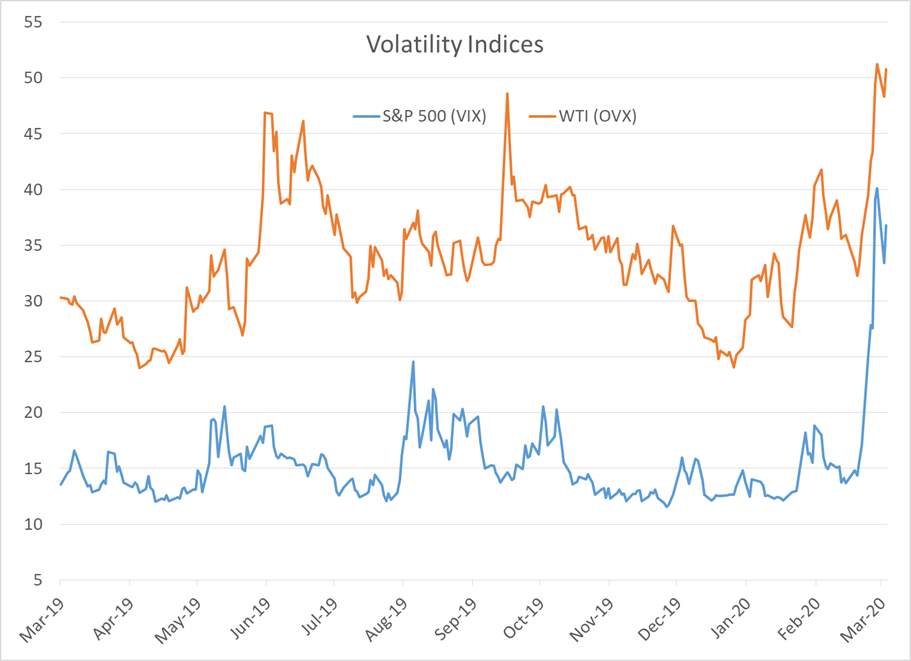