It’s another strong start for refined product prices as another round of 7 year highs are being set across the petroleum complex this morning. Supply concerns seem to continue to outweigh nervous equity markets, even after the FED made it clear that the free money party is coming to an end.

Diesel prices are once again leading the charge, trading up nearly a nickel on the day, making a run at the $2.80 mark just 3 days after they traded down to $2.60. This $2.80 range could prove to be a significant technical barrier as it was a support layer for months back in 2014, and when it finally broke prices collapsed in a hurry.  Old support often becomes new resistance on the charts, but if it’s treated as nothing more than a yield sign as most resistance has lately, then a run at $3 seems inevitable as the supply crunch continues.

The DOE’s weekly report continues to encourage the rampant buying in diesel futures, with days of supply down to 25, a number that’s more fitting of a major supply disruption. While racks across most of the country have recovered from the historically week levels in the front half of January, there’s no sign of any major supply issues in US physical markets.

Gasoline prices have joined in on the fun, finally reaching new 7 year highs even though the prompt futures contract is still a winter spec. This recent surge, well ahead of the normal spring rally, leaves a run at the $3 mark a possibility for summer gasoline grades as well, even though fundamentals in the US also suggest that this market may be outkicking its coverage.

The FED did not raise rates Wednesday, as was widely expected, but equities reacted harshly to the FOMC Chair’s news conference in which he made it clear that they were preparing to end the money printing and raise rates throughout the year. This was a harsh reminder that the current chair is one of only 2 in the past 40 years that did not come from the academic world, and seems to take inflation more seriously than his predecessors. Already fed fund futures are showing a higher probability of 4 or more rate hikes this year than they did yesterday morning. 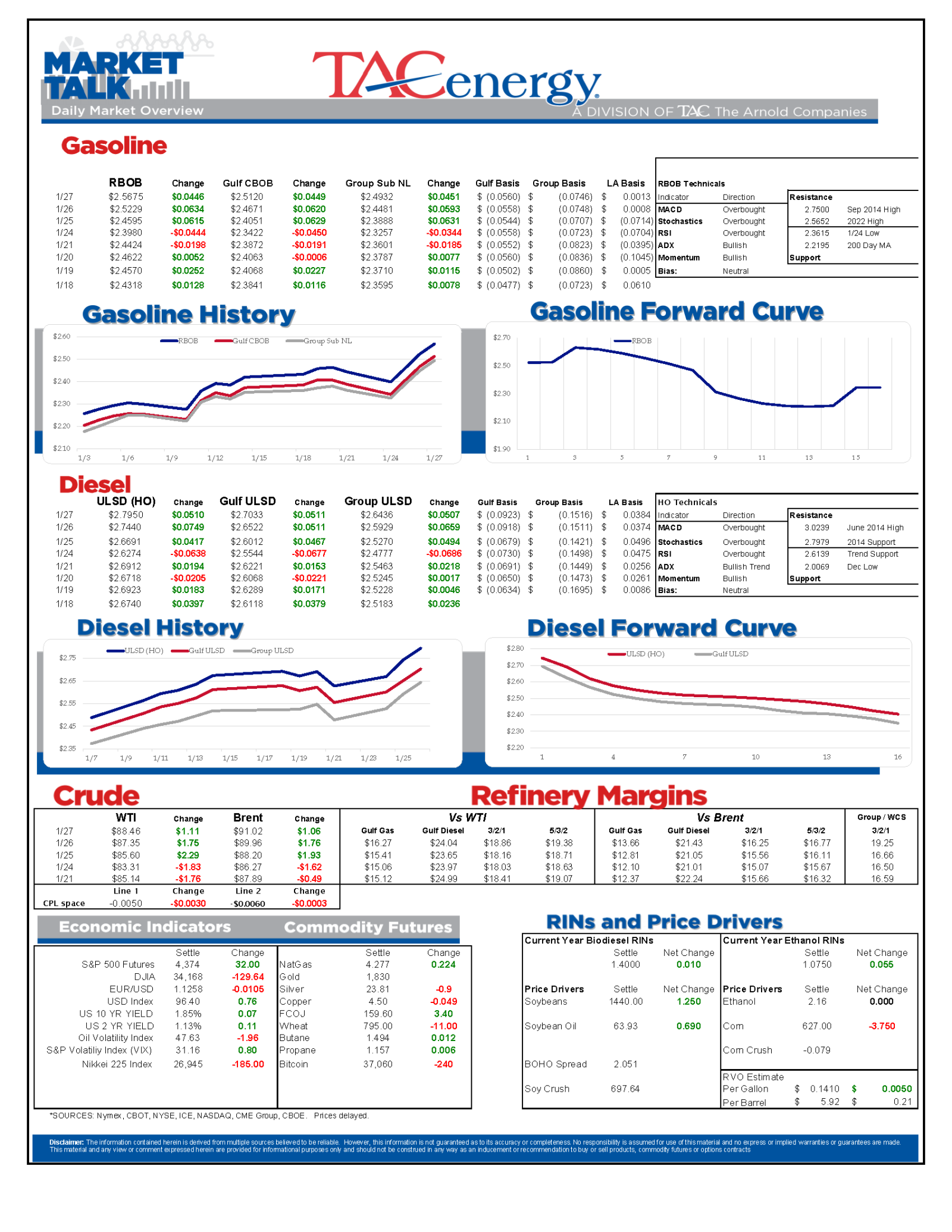