Another Monday Sell-Off For Energy Futures

It’s another Monday sell-off for energy futures, although so far without the fireworks of the previous three weeks. March 9, 16, and 23 all saw gasoline prices drop 20 cents or more, making this morning’s six cent losses seem relatively pedestrian. WTI is on the cusp of a technical breakdown, briefly dipping below $20/barrel overnight, and threatening a drop to fresh 20 year lows if that support breaks down this week.

The EIA this morning took a closer look at that record setting volatility in oil prices, which has dwarfed previous all-time highs. Since 1999 WTI has moved more than 10 percent in a single day one half of one percent of all trading days, and yet that’s happened six times already in March.

Baker Hughes reported a decrease of 44 oil rigs working in the U.S. last week, the largest weekly drop since the last time prices crashed five years ago. Using the 2016 lows as a guide, we would expect another 300 or so rigs to be taken offline (about half of the current total) in the next several months.

Oil refineries are also shutting down at a record pace, with several more reductions announced over the past few days due to negative economics and containment issues.

Want to know how quickly storage space is reaching capacity? A Bloomberg report says that some oil pipelines are already asking customers to curb output due to a lack of capacity. That phenomenon is also driving up rates for floating storage as traders seek to hold record amounts of oil at sea.

The EPA Friday announced delays in the spring RVP transition deadline, and for small refinery compliance with their RFS requirements.

Money managers continue to bail out of their long positions in Brent crude and RBOB contracts, licking their wounds after the large speculative category of trader went into the collapse betting heavily that prices would rise. Money managers have made small increases in WTI net length for a 3rd straight week, in a relatively small bet that the bottom may be in. 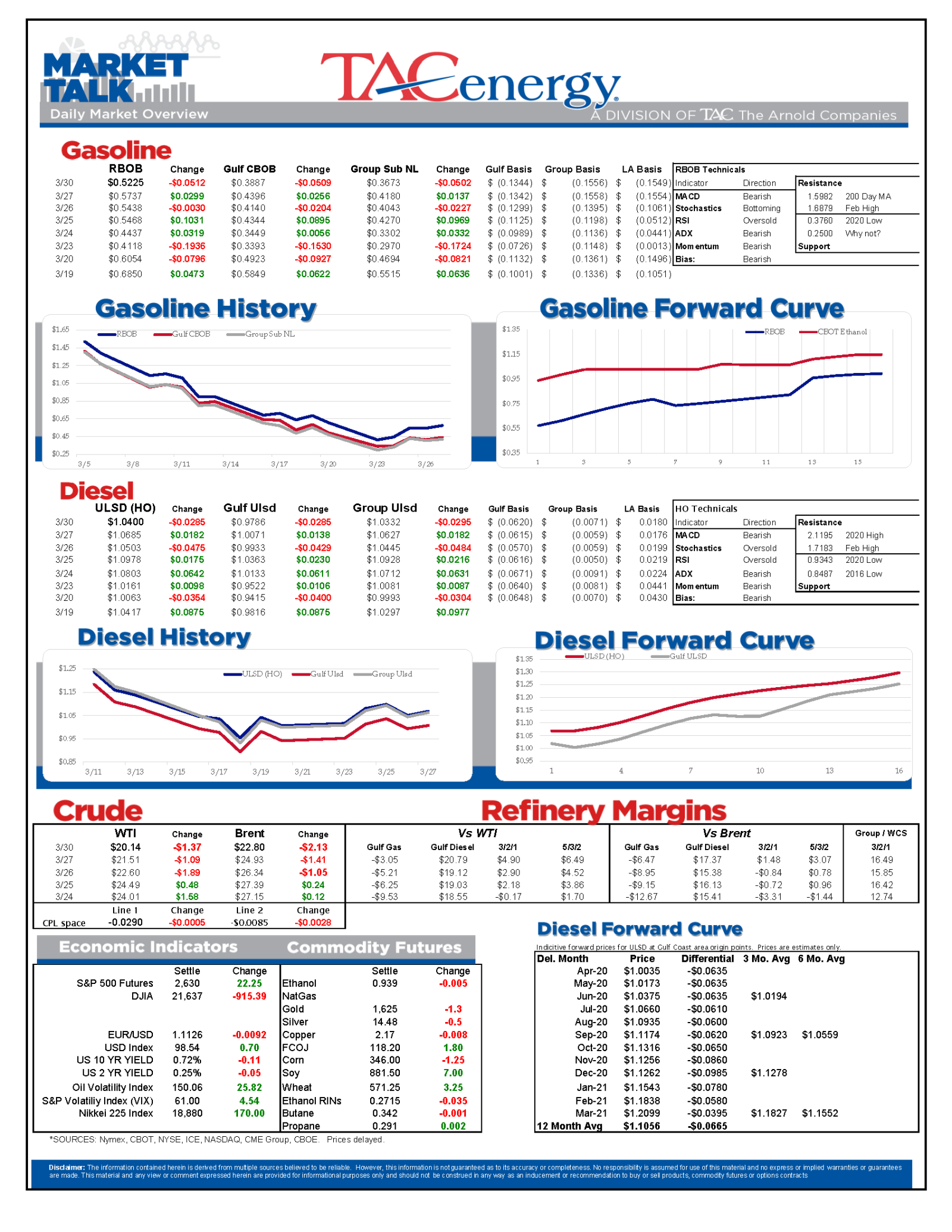 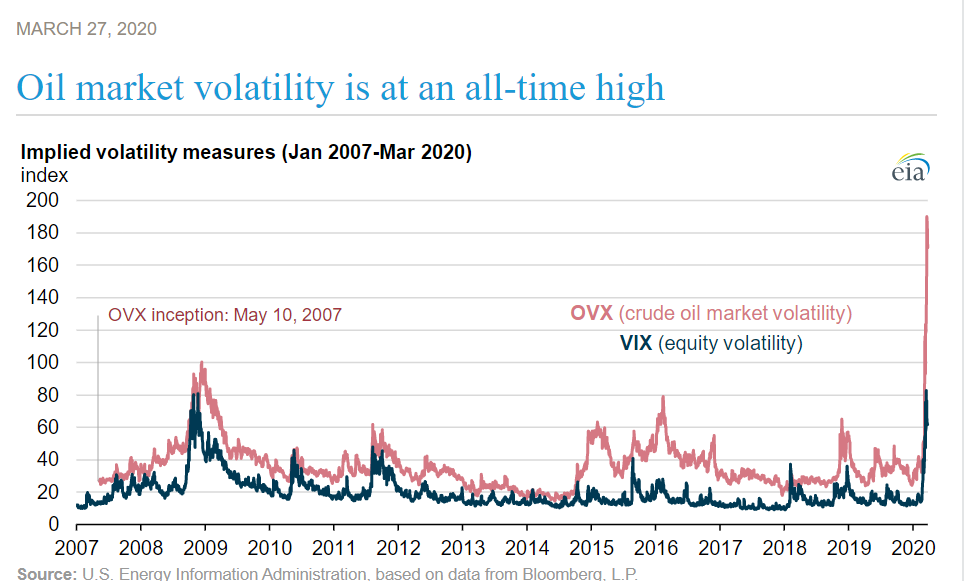 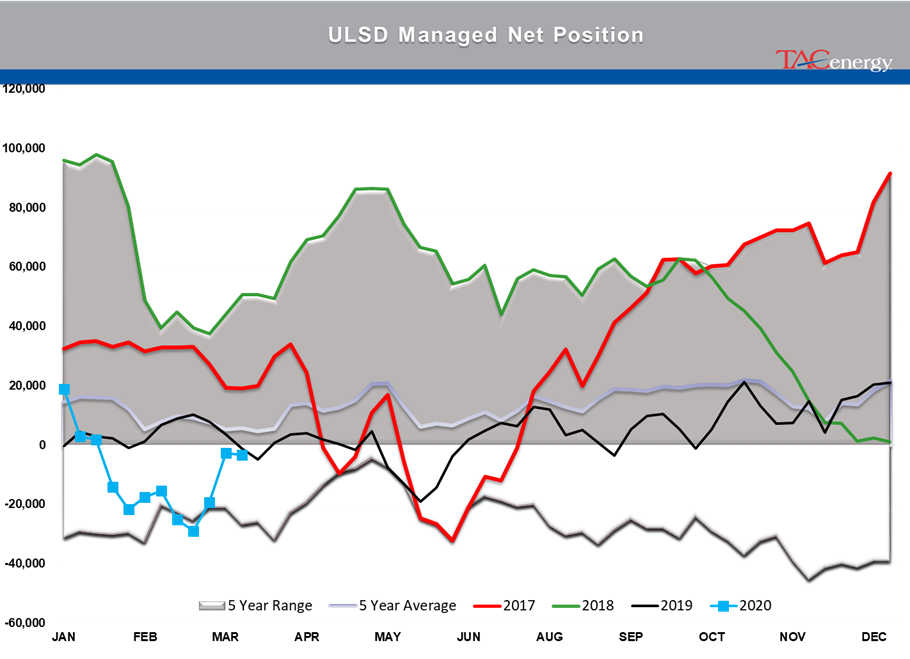