Another Green Day For Energy Futures

It’s another green day for energy futures as prices continue to ride the bullish wave of OPEC cuts and the Phase-1 US/China trade deal. The move higher has been fairly small however (it took 2 full weeks to make up for just the Black Friday losses) which could mean traders are skeptical of the staying power of this rally, or simply that they’re focusing elsewhere as the holidays approach.

ULSD futures are starting to look particularly bullish with a trifecta of technical, fundamental and regulatory factors all favoring higher prices near term. If there’s any sort of major winter cold snap along the East Coast in the next few months, conditions are ripe for a 30+ cent price increase in short order. The first test on the charts looks to be the highs around $2.10 that were set in the wake of Iran’s attacks on Saudi oil infrastructure in September.

Gasoline prices are struggling to keep pace with the rest of the complex as we enter the seasonal demand slowdown, with US inventories at elevated levels, compared to distillate stocks that are at the bottom end of their seasonal range.

Values to ship gasoline on the main line of Colonial pipeline’s system rose to their highest levels in more than 3 years Monday as Gulf Coast basis values dropped to double digit discounts to RBOB futures amidst several refineries ramping up gasoline production. The loss of the PES refinery earlier this year along with the Tier 3 gasoline & IMO diesel spec changes for 2020 could make values along Colonial more consistently valuable vs recent years when they’ve spent the majority of their time in negative territory. As the chart below shows however, values for space along the line seem to be following a seasonal pattern, and won’t be a game changer unless they last into the spring.

The giant spending package working its way through congress is reported to include the $1/gallon biodiesel blenders credit retroactively from Jan 1 2018, through the end of 2022. If passed, that may well save numerous US biodiesel producers that were on the verge of insolvency without the credit, and give the industry a rare period of extended certainty after many years of having to wait for the credit to be reinstated retroactively.

The Dallas FED’s energy indicators report for December suggests that the slowdown in oil drilling has cost more than 8,000 job losses in TX this year, more than double the official federal estimate, as bankruptcies in the oil patch rose throughout the year. The report also notes that OPEC may have handed producers an early Christmas present with their output cuts that have propped up prices. 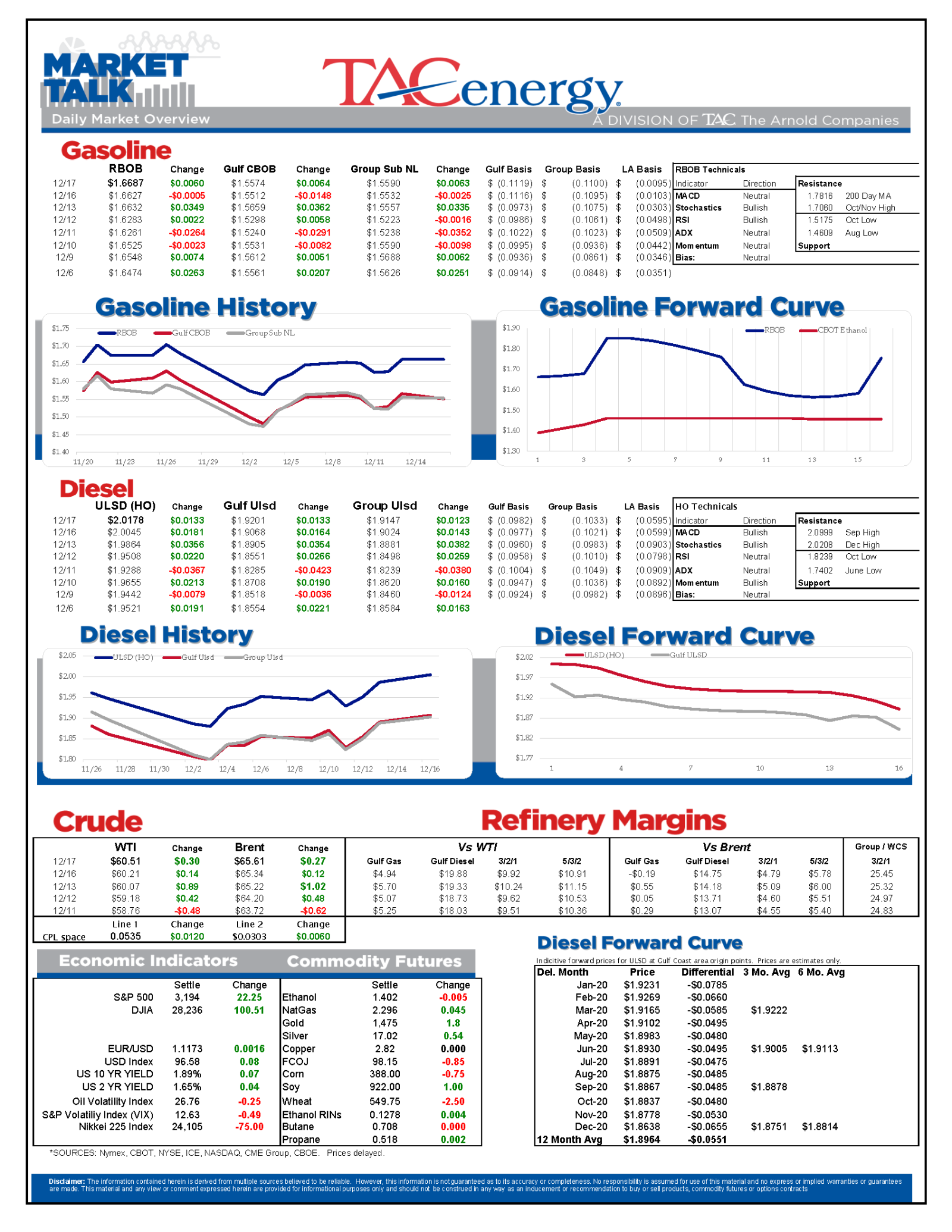 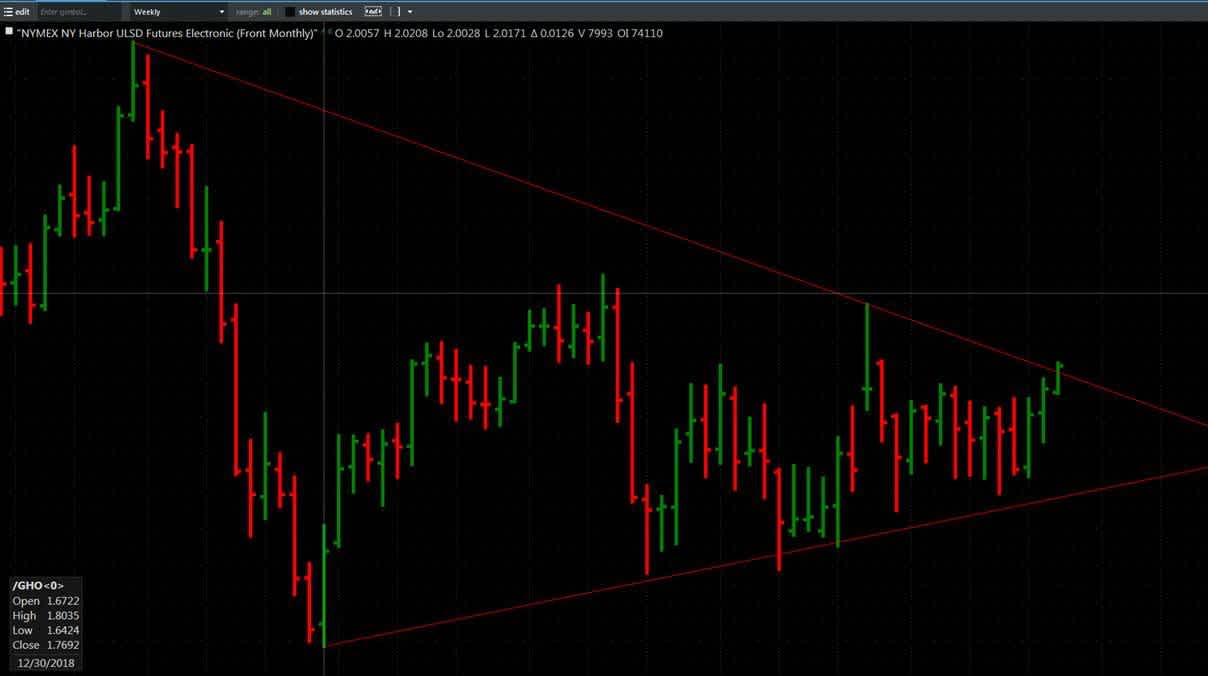