Another Day Another Round Of 7 Year Highs

Another day, another round of 7 year highs for Nymex energy contracts. Refined products are leading the way higher again this morning with calendar and crack spreads both strengthening following a large decrease in refinery runs reported yesterday by the DOE, and aided once again by stronger RIN values. The charts continue to favor more upside, with a run at $90 crude still looking likely.

In addition to the now-standard supply squeeze justification for the steady march higher, yesterday we saw space on Colonial’s main gasoline line drew a positive value for the first time since the cyber-attack in May as the pipeline was allocated for the first time in more than a year. Historically, the 4th quarter has drawn some of the strongest values for space on Colonial’s mainlines, when they used to be allocated anyway, as the Gulf Coast will typically become long in the winter and open the arb to the east coast.

That said, this could be a short term phenomenon caused by the Plantation downtime as shippers look to alternate options to get caught up, rather than a return to the days when CPL space regularly traded for big premiums. New York harbor spots are severely backwardated, with nearly 5 cents of value for product available today vs 2 weeks from now, which also suggests the market sees a short term squeeze on supplies, and once that squeeze is over, we may see an end to the rally in futures as well.

Refiners slashed run rates in 4 out of 5 PADDs last week, with total US run rates dropping more than 4% on the week. That type of move is typically caused by a major disruption like a hurricane, but in this case it seems to have been caused by a combination of planned maintenance and unplanned upsets. We have also seen numerous refiners defer or delay maintenance in the aftermath of Hurricane Ida.

The tropics remain quiet with 6 weeks left in the hurricane season. Currently there’s only one system being tracked by the NHC, but it’s given almost no chance of developing and it’s position makes it a non-threat to the US. That said, a La NIna system in the Pacific has formed, which could increase the odds of more storms forming before this season comes to an end. 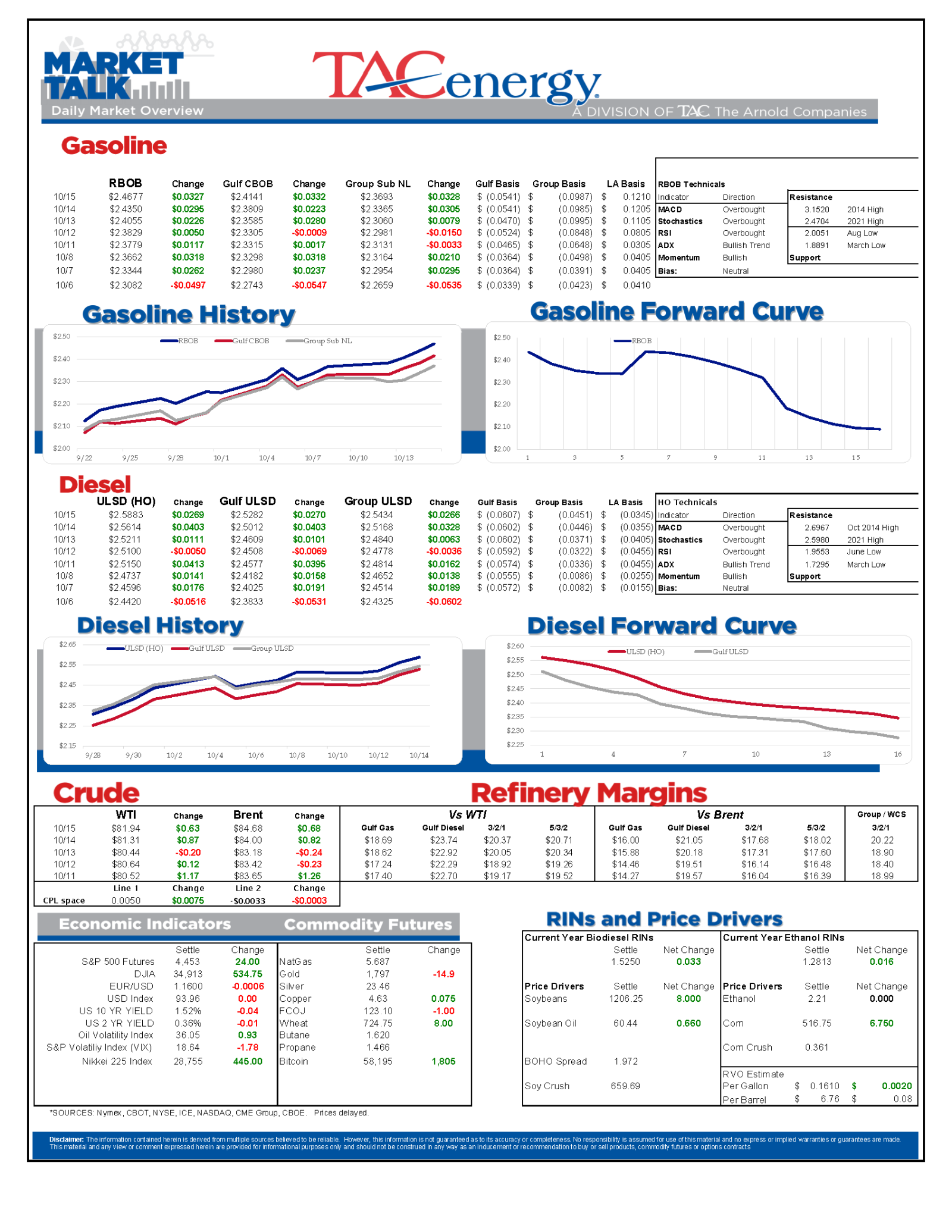