Another Day, Another Record Set For RIN Prices

The bulls have regained control of petroleum futures as early losses Tuesday morning turned into solid afternoon gains, and that momentum carried through the overnight session, pushing all of the big 4 contracts to multi-year highs. WTI reached 70.62, and ULSD hit $2.1467, the highest for both contracts since October 2018, while Brent reached $72.83, its highest trade since June 2019. RBOB futures finally joined the rest of the complex, setting a new 3 year high at $2.2356 this morning, a level we haven’t seen since May of 2018.

If these early gains can hold on, the charts favor more upside, that should give WTI a run at the $77 range, which would mean ULSD making a run at $2.30 and RBOB pushing $2.40 in the next several weeks.

The API was said to report a draw in U.S. crude oil stocks of 2.1 million barrels last week, which is getting some of the credit for the rally in WTI this morning. That doesn’t help explain why products are also up however since gasoline stocks increased by 2.4 million barrels and distillates grew by 3.7 million. The EIA’s weekly report is due out at 9:30 central.

Yesterday the DOE released its monthly Short Term Energy Outlook (STEO). The forecasts show increased expectations for U.S. Gasoline demand compared to previous reports, noting that demand before and after the Colonial shutdown has surpassed expectations, but will likely stay below pre-pandemic levels until the end of next year. Diesel meanwhile continues to show demand outstripping supply, causing a sharp drawdown in inventories in the U.S., and leaving the supply chain vulnerable over the coming months. The report also noted that diesel crack spreads have reached their highest levels since December 2019, but failed to mention that renewable volume obligations (RVO) eat up roughly $10/barrel of those gross margins.

Another day, another record set for RIN prices with both D6 and D4 values moving steadily higher even as corn and soybean prices pulled back from recent highs. That increase in RINs pushed the RVO cost for each gallon of gasoline or diesel produced or imported north of 23 cents/gallon. Remember that the next time someone asks you why gasoline prices are suddenly so high.

Around the world and across industries, we’re witnessing the challenges faced by supply chains that are built for extremely large scale and efficiency struggling to meet the rapid pace of demand change. In the refined fuels world, that recovery has been hampered by two of the largest supply shocks ever, February’s Polar Plunge that disrupted just about every refinery in PADD 3 and the Colonial Pipeline hack that took half of the East Coast’s supply offline for a week. While things have calmed down considerably over the past several weeks, the fallout from both events is still being felt. Several refineries continue to struggle to bring units back online that were damaged in the freeze, and the FMCSA extended HOS waivers again for truckers are suppliers still struggle to catch up even though Colonial has been fully operational for three weeks. 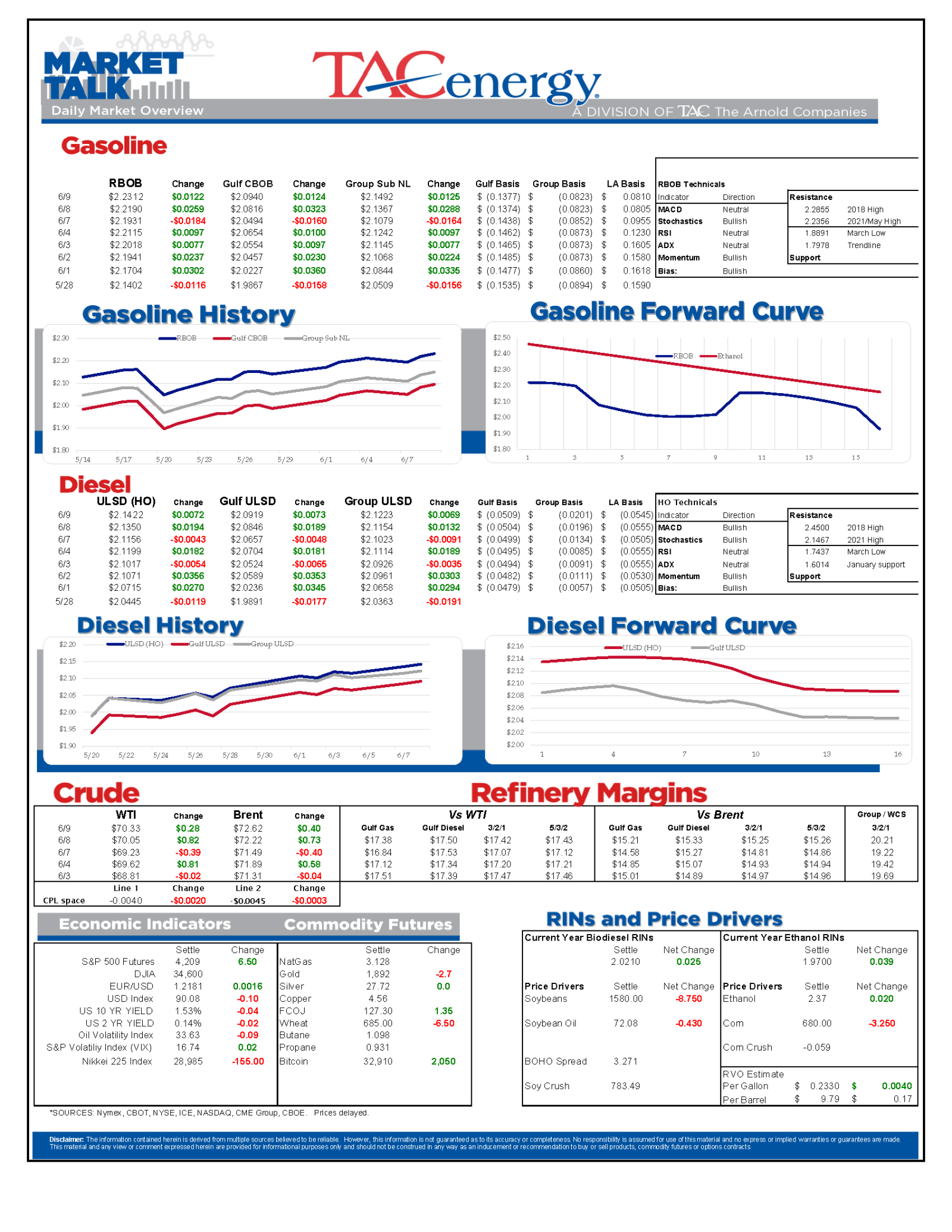 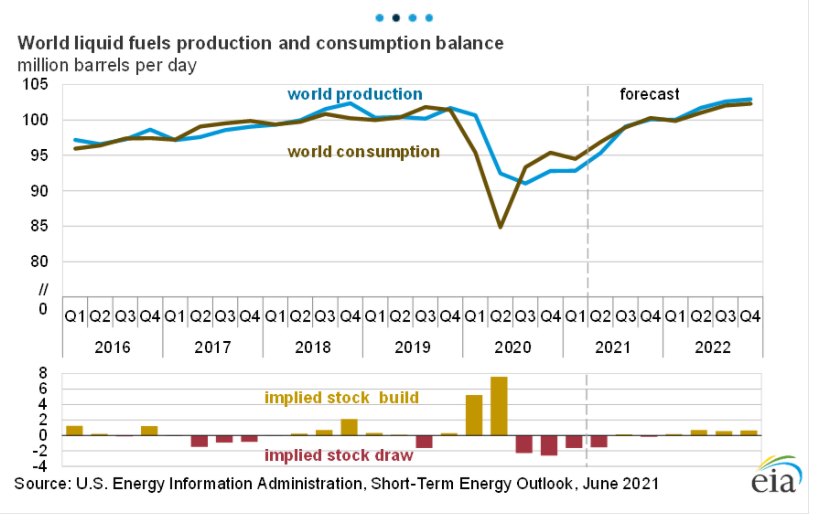 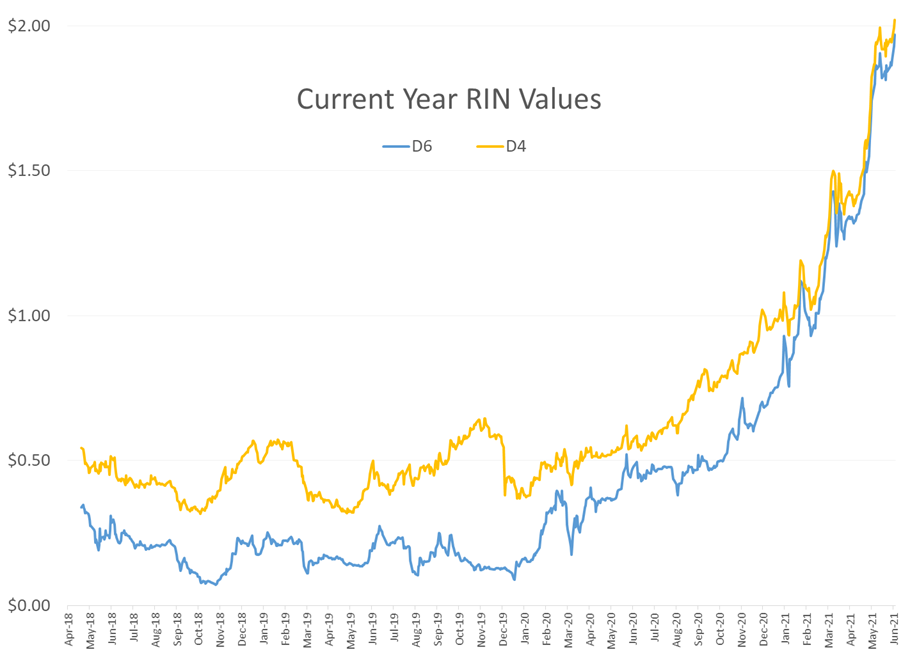