The American crude oil benchmark extended its record losing streak to a 12 days in a big way Tuesday, posting losses close to $4 and dragging down refined products along the way. Both gas and diesel futures got a 10 cent haircut yesterday, losses of around 5% for each contract.

Yesterday’s price action brought RBOB down to the lowest level in over a year, capping off total losses of 65 cents for the prompt contract over the past 2 months. The HO contract wiped out just under 35 cents in the same time period, kept somewhat afloat by tight national supplies and the possibility of demand increases with the cooler weather.

The premiums over Colonial Pipeline tariffs spiked yesterday, representing an increased economic incentive to ship product up the main refined products artery of the United States. The difference between physical prices in Houston and New York spurred values to their highest levels since Q1 of this year. Premiums for shipping up both the gas and diesel line are currently just under 3 cents.

The weekly inventory report published by the Departments of Energy will be delayed this week due to Monday being Veterans’ Day, data will be published tomorrow at 10am central instead.

It looks like ‘capitulation’ was the name of the game yesterday as any remaining players with long bets in energy futures opted to wipe the board and start over. The complex is bouncing this morning, with the most pronounced gains shown in the ULSD contract at 4 cents over yesterday’s settlement. Gas and crude oil are lagging behind but still participating, both are tacking on 1% to start the day.

The charts are looking to take a breather over the next few sessions, recovering from the support-busting action that took place yesterday. Expect some sideways patterns going into the first round of holidays next week while traders try to figure out which way this thing needs to go next. 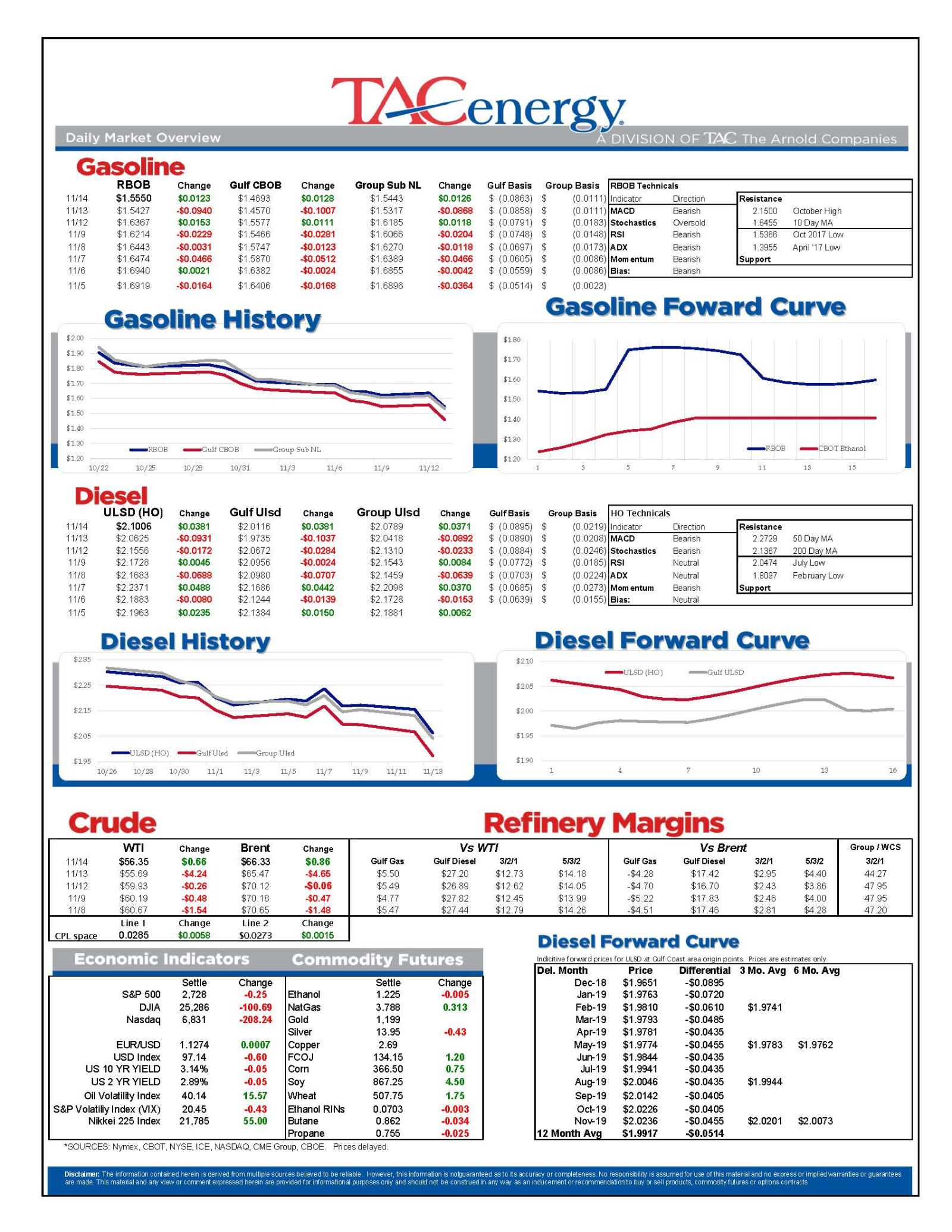