After Another Big Rally Wednesday, Energy Prices Are Seeing A Quiet Start To Trading Thursday

After another big rally Wednesday, energy prices are seeing a quiet start to trading Thursday, with little news so far to give us the expected 20 cent swings we’ve become accustomed to in March. There are multiple summits taking place in Europe this week that will decide the next steps in the efforts to end the war in Ukraine, and the (relative) lack of price movement so far today seems to be the market taking a wait and see approach to those meetings.

Yesterday’s DOE report continued to provide evidence that there simply is not a good short term solution to the global supply crunch, but also that the US is in a much better position than most other countries these days.

Gulf Coast refiners are doing their part to make up for a lack of refined products in other markets, increasing run rates for a 5th straight week, and surpassing 8.7 million barrels/day for just the third time since the COVID lockdowns forced plants to reduce rates, and helped drive the biggest decrease in refining capacity in 40 years. How many would like to ask for a do-over on shuttering those plants in light of recent events? The other notable phenomenon is that PADD 3 run rates surpassed 55% of total US throughput rates as the Gulf Coast states continue to grab market share from those that have declared war on their refiners and are now paying a huge price as a result.

Speaking of which, take a look at the huge drop in diesel imports over the past two weeks in the charts below to see a good graphical representation of the scramble for importers to find distillates on cargo ships to replace barrels coming from Russia, regardless of their original destination. The US still produces 10-15% more diesel than it consumes every day, but domestic markets have to compete with international buyers in the coastal markets, and for the Gulf Coast refiners, it often is more cost effective to send diesel to parts of Europe and South America than it is to some parts of the US thanks to the Jones Act and CARB regulations.

Damage assessments are underway at the Black Sea Oil port that transports roughly 1% of global supply after Russian officials claimed it was shuttered after a storm. It’s hard to know (even before they invaded Ukraine) what’s real and what’s propaganda, but there are signs that the pipeline feeding the port is still operational.

An EIA note this morning predicts that US renewable diesel production will surpass biodiesel production this year, as new plants come online, and the feedstock wars are won by RD as it is not only a drop-in replacement for ULSD, but also commands more environmental subsidies. The report also shows that production growth for both RD and Bio is expected to slow dramatically after the race to convert during the aforementioned COVID refinery shuttering, and the combined total of the two products will only reach 8% of total distillate output in 2050, vs 6% today.  So much for Net Zero. 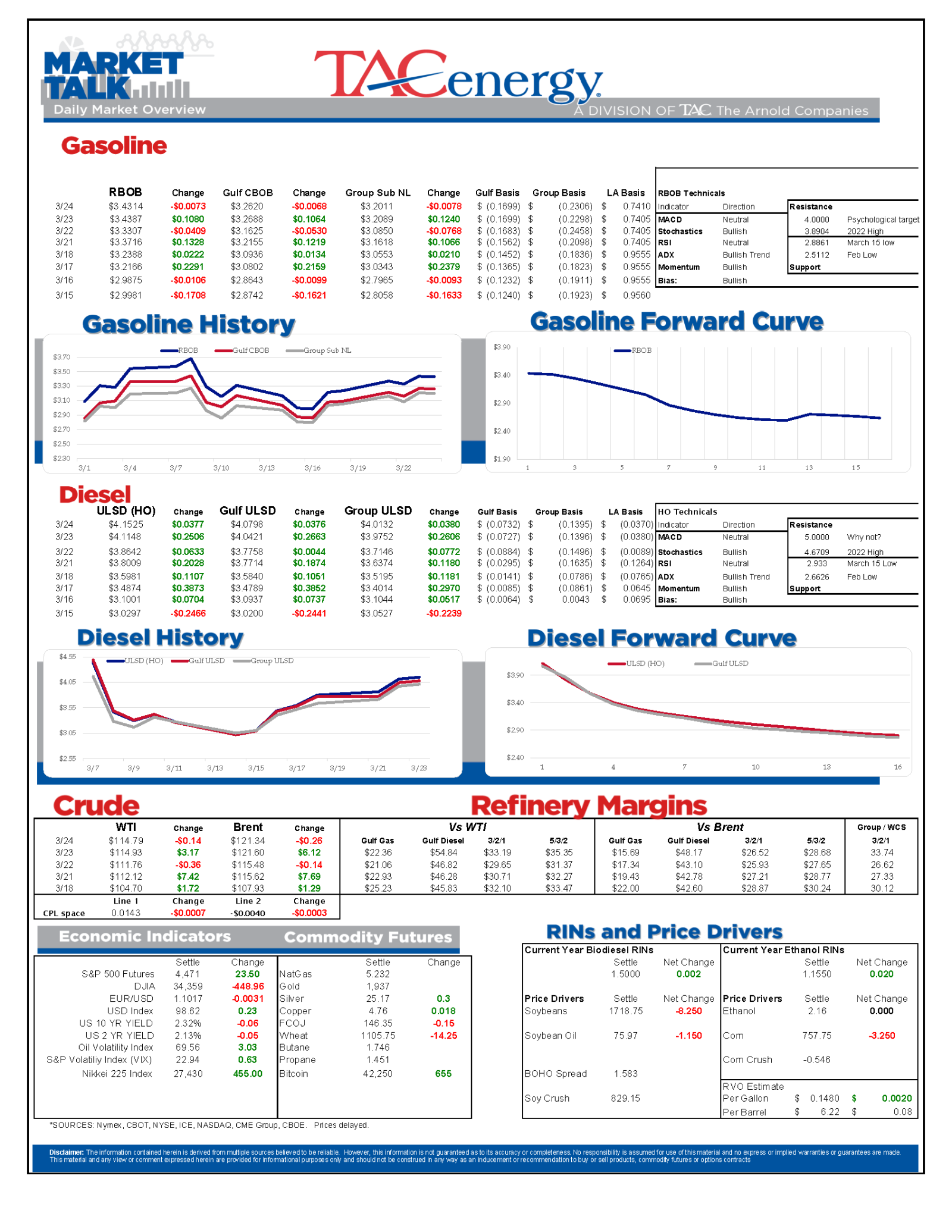 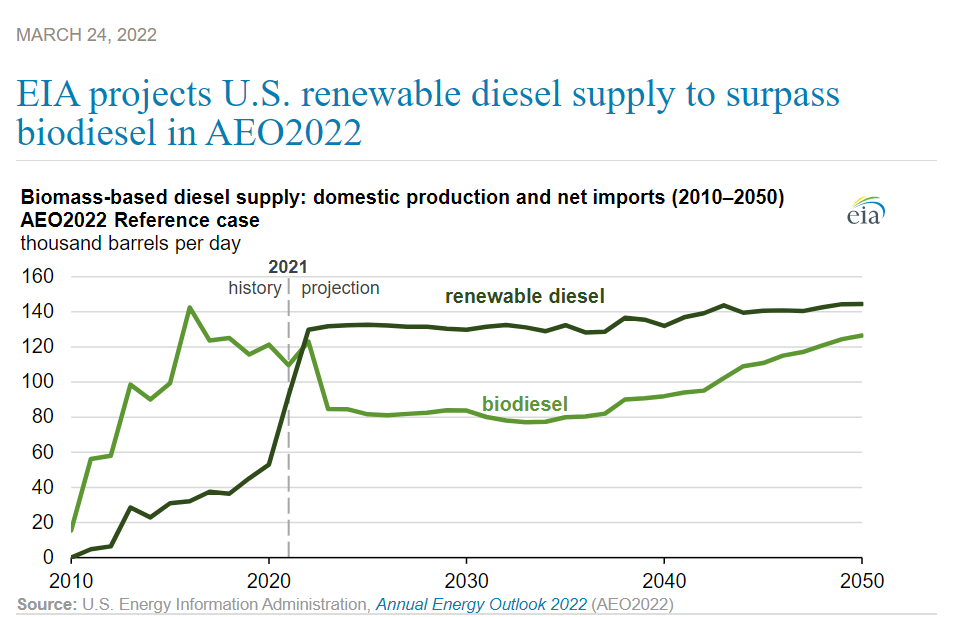