After A Sizeable Selloff Tuesday, Energy Futures Are Rallying Once Again

After a sizeable selloff Tuesday, energy futures are rallying once again, following the daily price teeter totter of Russian sanctions restricting supply vs COVID Lockdowns restricting demand, with the supply concerns given an edge most days. A new wrinkle this morning that may be nothing, or could end up as the next excuse for prices to rally, Gazprom’s website was taken down by an apparent hack this morning, which could end up (either directly or indirectly) restricting natural gas flows to Europe.

The US dollar reached a 2 year high Tuesday as the FED continues to signal a strong stance to combat inflation.  Most years the dollar has a negative correlation with commodity prices as a stronger dollar makes oil and other contracts relatively more expensive for international buyers. The past year however has seen the opposite as the flight to safety and anti-inflation influences are caused by many of the same challenges that are pushing commodity prices higher.

A couple of noteworthy items on the HO (ULSD) futures chart this week.

First, the 25 cent gap on the daily chart left behind by the expiring April contract (thanks to the extreme backwardation giving most traders heartburn the past two months) took less than 3 days to be filled.  Second, there’s a large symmetrical triangle pattern forming on the charts, that favors another run at $4 diesel later in April if the theory that those patterns will lead to a break out in the same trend direction they started in proves true.

The API reported small changes in US fuel inventories last week, with crude stocks up about 1 million barrels, diesel up about ½ million, and gasoline stocks down about ½ million. The DOE’s report is due out at its normal time. Items to watch this week are PADD 1 inventories to see if there may be a change in the extreme backwardation in ULSD futures (or an end to the insanity of $7 Jet fuel prices) and the import/export flows as the world continues to try and adjust to the missing Russian cargoes.

An EIA note this morning highlighted the growing demand for ethane, which is outpacing the growth of all other petroleum products in the US. That note is a good reminder of how the “other” uses of petroleum products, like clothing production, continue to increase since many still don’t realize the connection to the fossil fuels they want to do away with that are much more visible in transportation fuels. 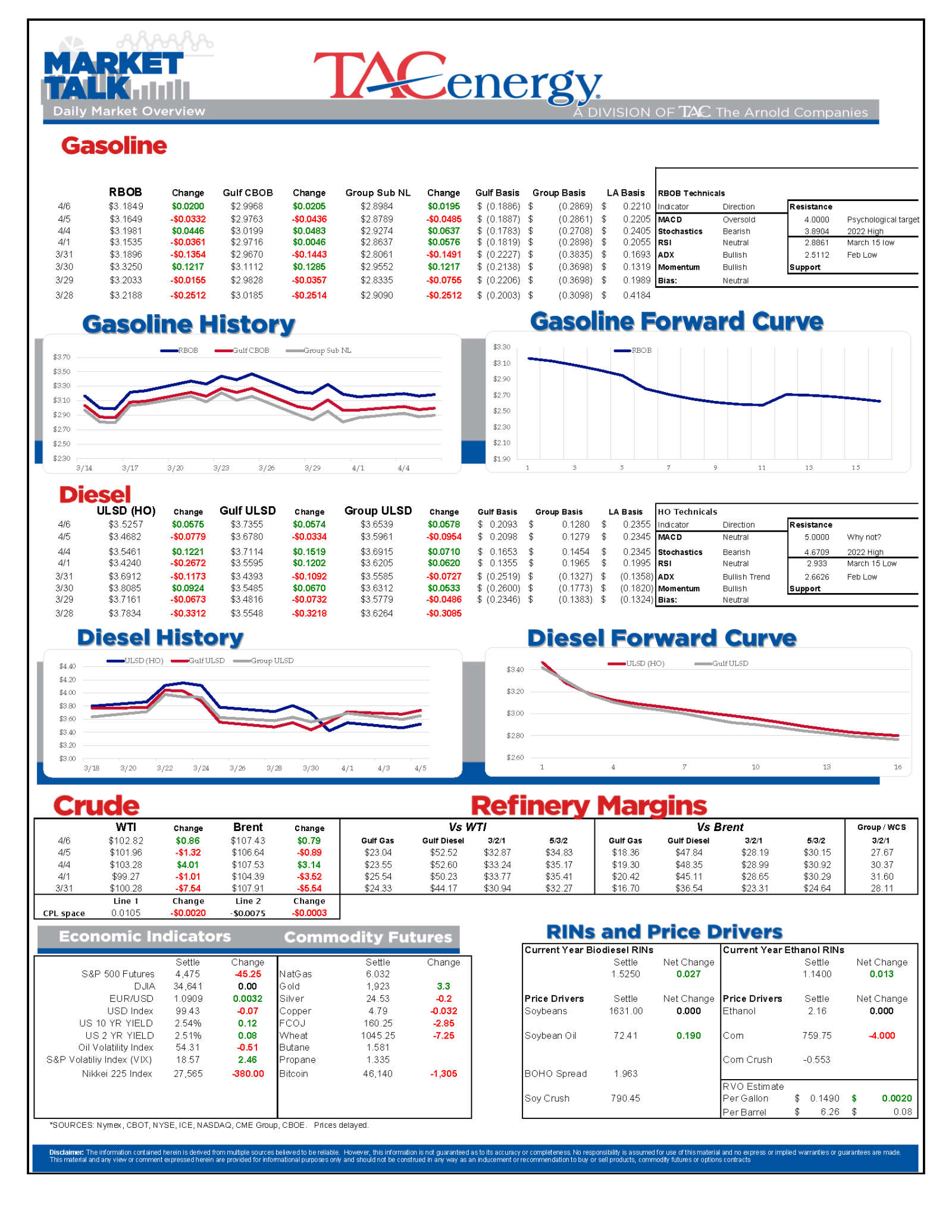 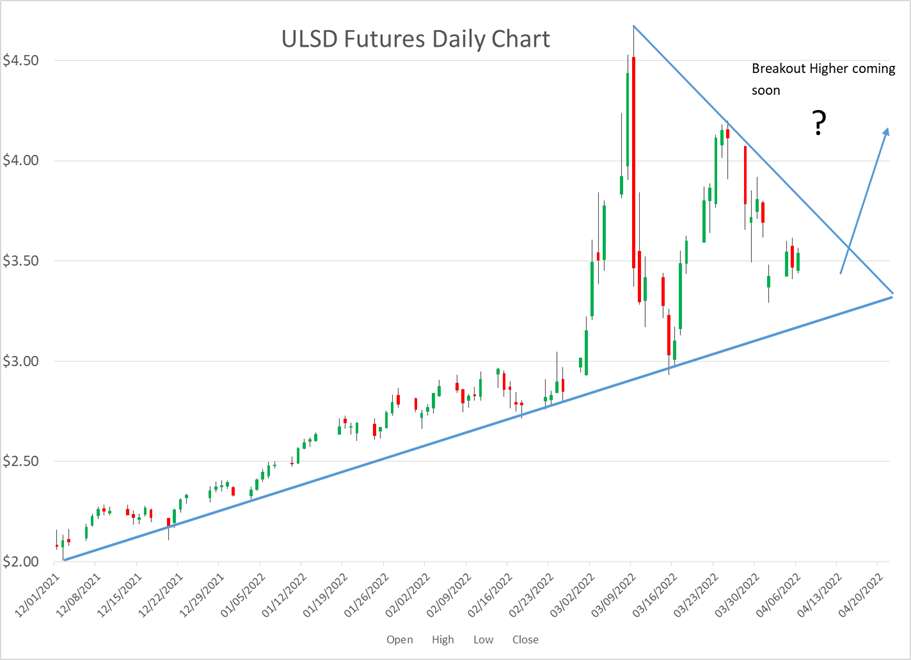