Oil prices continue to stagnate, holding near five month highs without daring to break out to the upside, while refined products cling to small gains to start the day, comfortably entrenched in their sideways summer trading pattern.

As the forward curve charts below show, physical diesel prices remain in a firm contango as the market deals with a continued overhang of inventory. Gasoline prices meanwhile are seeing only a fraction of the backwardation we’d normally expect this time of year, as excess supply and weak demand have taken out a large portion of the summer/winter RVP spread.

While futures prices continue to go nowhere in the short term, don’t be fooled into thinking that not much is going on, as there are several remarkable events underway in the industry that could be game changers long term.

See this WSJ article for more detail on the rapid and unprecedented shift to renewable production by traditional oil refineries. In addition, Shell announced it was planning to permanently close one of its Philippine plants due to the COVID demand fallout.

For more on the EPA’s methane ruling that raises the bar for climate change regulations, even though some of the industry’s largest players don’t want that.

The U.S. seized fuel cargos from four Iranian vessels headed for Venezuela, a new escalation in the sanction battle that at other times has been a shooting battle. It’s hard to remember that earlier this year the U.S./Iranian tensions had some market watchers calling for $100 oil.

Tropical Storm Josephine was named Thursday, but continues to be forecast as a fish storm that will stay out to sea and not threaten the U.S. coastline. There’s another system that is given 40% odds of forming just off the North Carolina/Virginia coast, but it too is pointed out to sea, so we can rest easy for a few days before the inevitable next wave of potential threats in this record setting storm season.

The EIA this morning reported on the influence of currency price moves on oil imports. The currency/commodity correlation was a major factor in oil prices for years, but had broken down the past several years before returning during the pandemic. 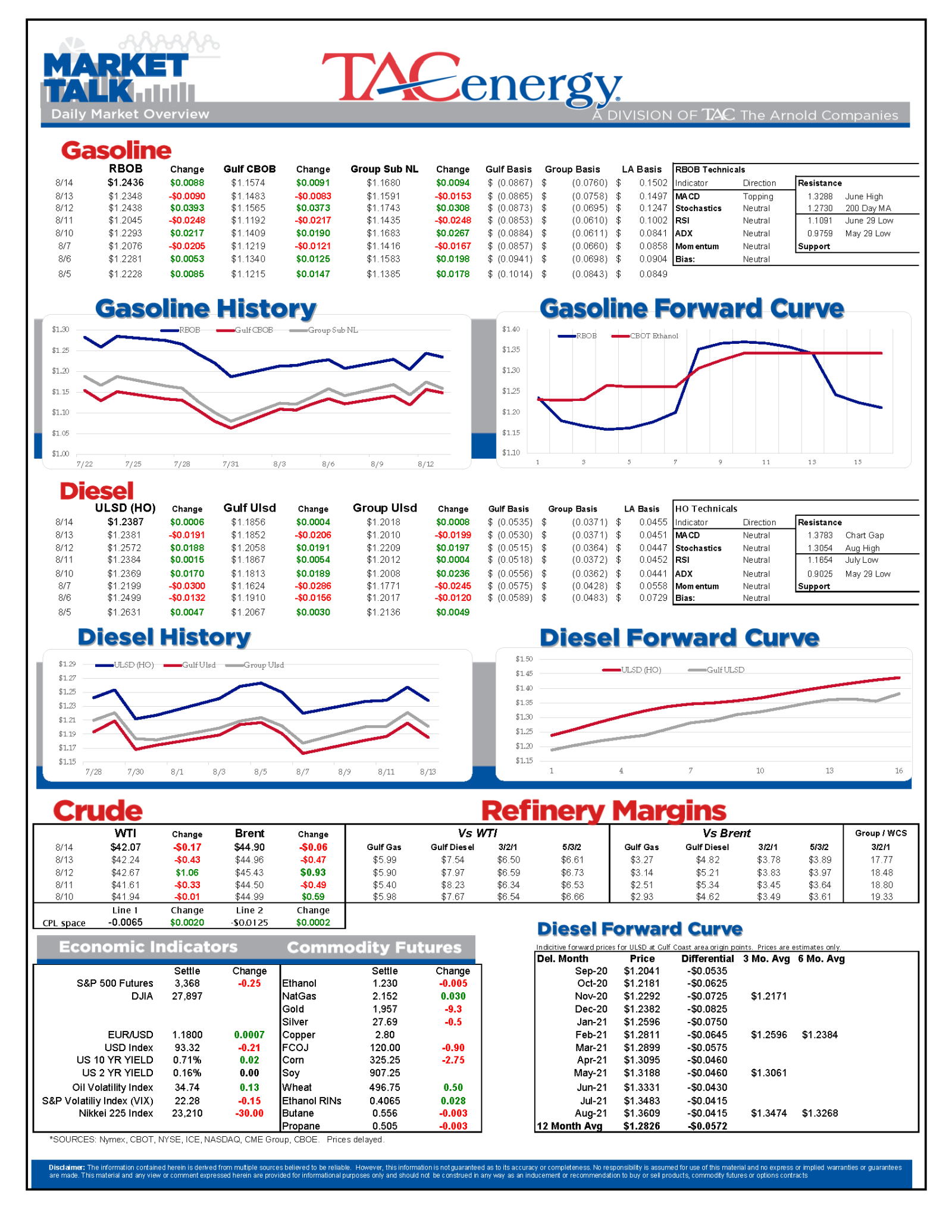 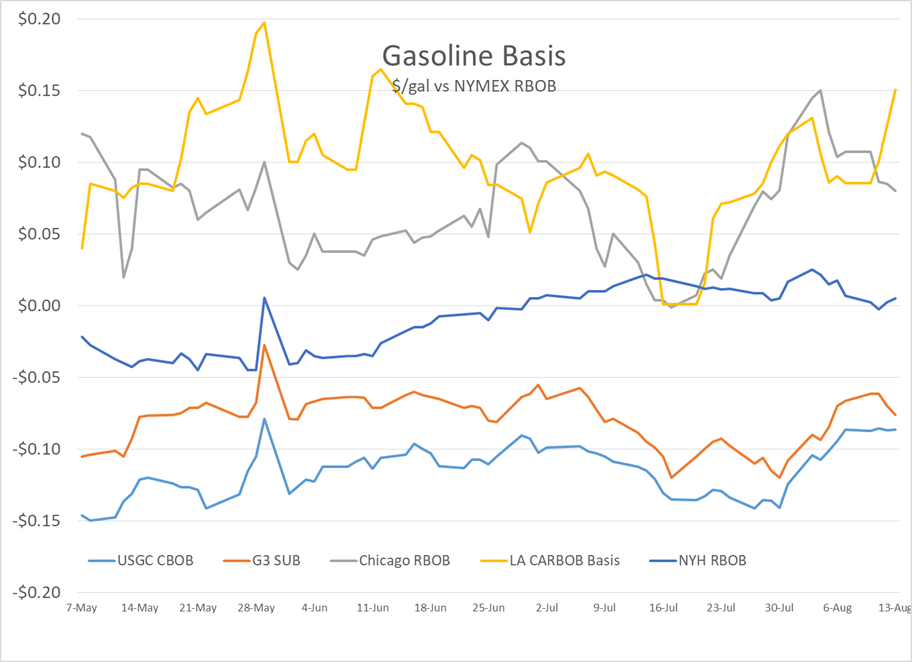 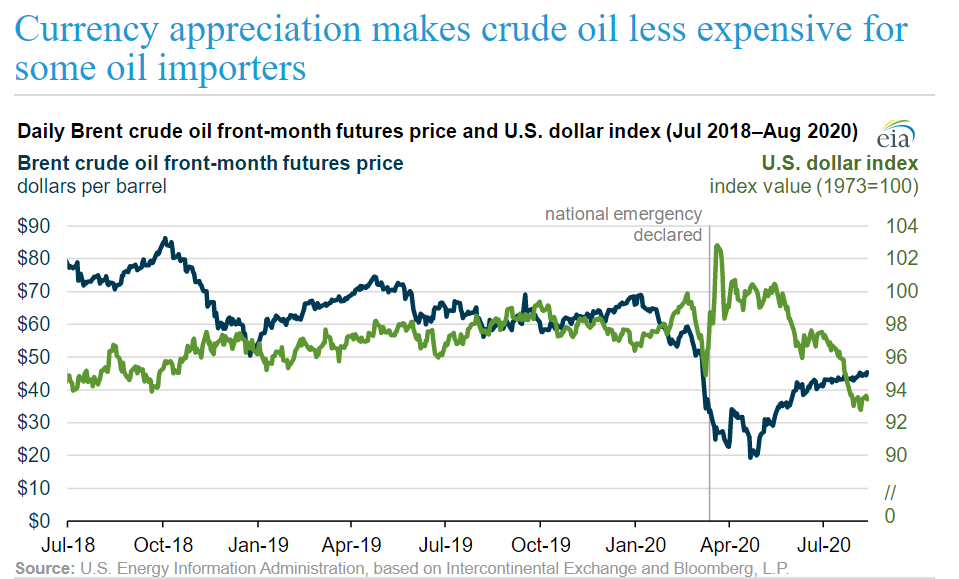