A healthy 2 day rally in petroleum futures has wiped out the heavy losses you may or may not have seen on New Year’s eve. US stock markets are also pointing to fresh record highs as optimism about the overwhelming Omicron looks to be taking control.

Now that the downward sloping trend lines that pushed prices lower for 2 months were broken in the last 2 weeks of December, the charts for ULSD prices are looking bullish, with a test of the $2.40 range looking pivotal this week. Already this morning we saw an early run stall out at $2.3968, and $2.4059 marked the high set just before the Black Friday meltdown, so this resistance may not be easily broken, but if it is, the charts suggest we’ll see a run to $2.50 or higher in short order.

The RBOB charts aren’t quite as bullish as ULSD, but have a similar setup now that the bearish trend-line that saw prices drop 65 cents in 7 weeks has been wiped out. $2.30 looks to be the pivotal level for RBOB, with a break here opening the door for a counter-seasonal rally during the weakest fundamental time of the year.

Refinery hiccups continue to lend support to futures and cash prices, with 2 more gulf coast facilities taking FCC units offline over the past few days, adding to the setback from the 2nd largest plant in the country reducing rates after a fire two weeks ago. While the winter demand doldrums make it unlikely that we’ll see widespread gasoline shortages from this rash of issues, it is another reminder (or, if you prefer, warning) that the supply network is stretched more than it’s been in decades after numerous plant closures in the past 2 years, meaning there’s less cushion for the supply chain to absorb this type of disruption.

Ethanol prices are continuing their return to earth so far this week, with Chicago spots reaching a 2 month low around $2.40/gallon, about $1.35/gallon less than what they were going for at Thanksgiving. New York and LA values still command hefty premiums to the Chicago hub as logistical bottlenecks with railcars and trucks remain, but both are trading more than $1/gallon below where they topped out about a month ago.

RIN values meanwhile have had diverging paths depending on the contracts. After the D4/D6 spread blew out to a record north of 60 cents/gallon in the wake of the EPA’s new RVO suggestions, the gap between bio and ethanol RINs has shrunk dramatically in the past 10 days. Adding to that, there was 20+ cents of backwardation between 2021 and 2022 values for D4s, which has caused a big drop in current year values now that the calendar has flipped. 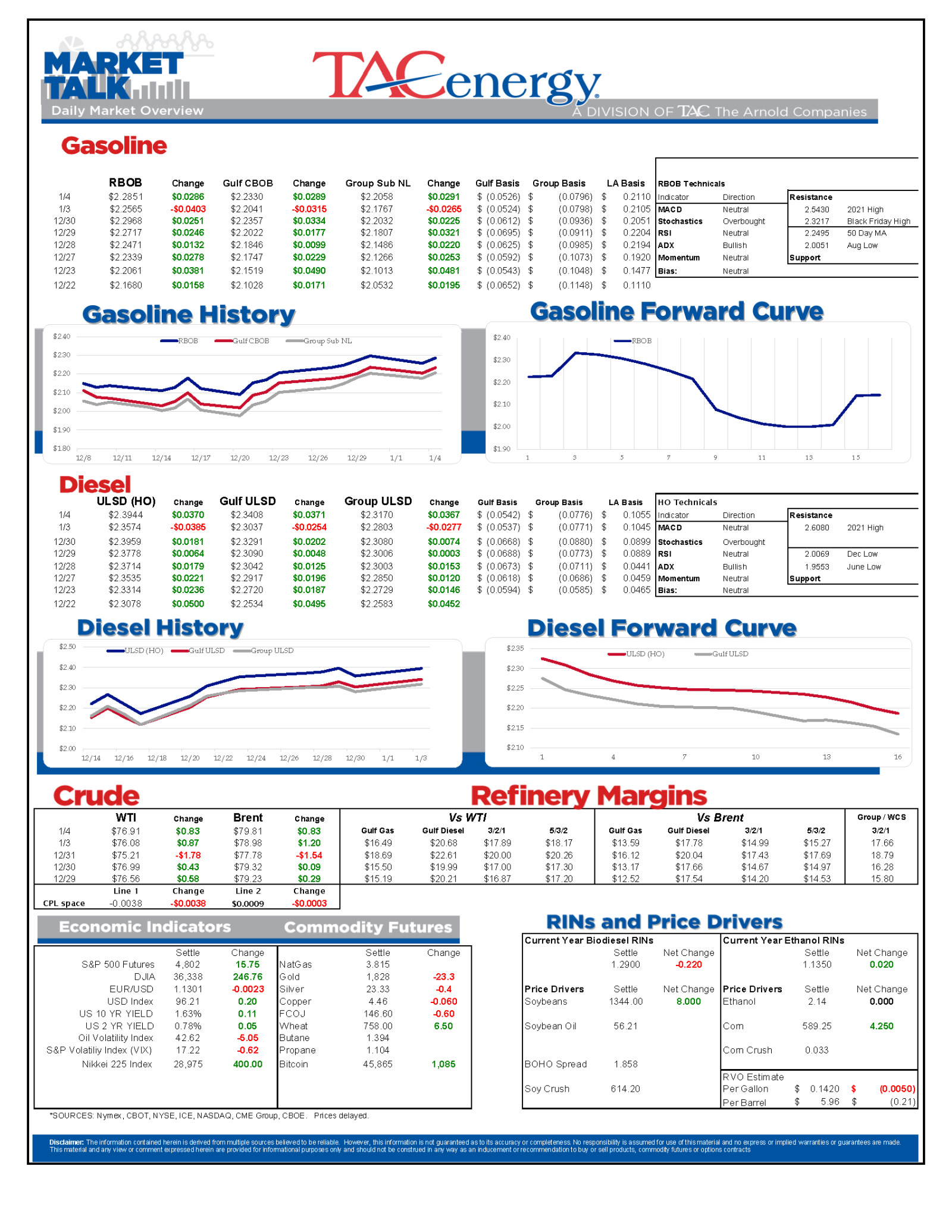 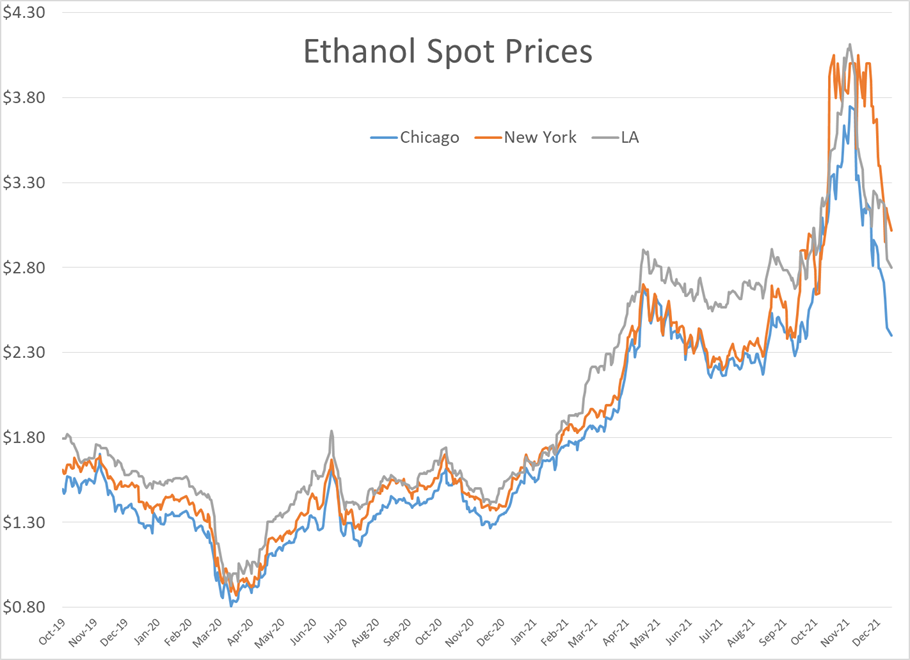 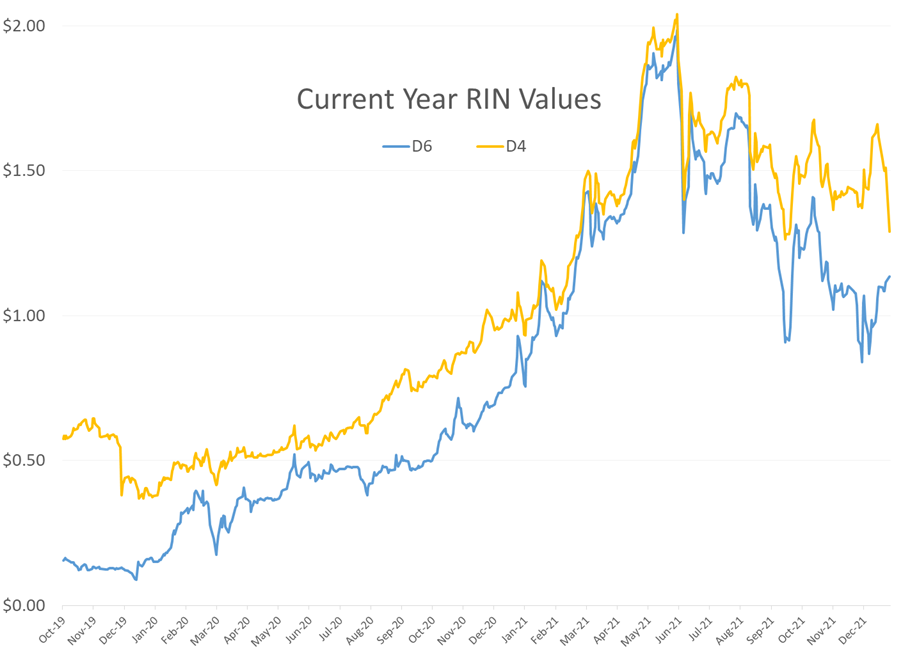