A Furious Flourish To Finish Off May Trading

June trading is off to a quiet start after a furious flourish to finish May trading pushed energy futures to fresh two month highs, and salvaged the upward-sloping trend lines. Markets around the world seem jittery to start the new month, as traders and investors wait to see what might come from the spread of viral rioting, and the latest in the U.S./China trade war of words.

Once again, contract expiration in a volatile market with a steep forward curve is creating confusion between futures and cash prices. While the newly-prompt July product contracts are trading five to eight cents higher than where their June counterparts settled Friday, physical prices are up less than a penny so far from where they left off last week.

Money managers still like WTI, increasing their net-long positions in the NYMEX contracts for an eighth straight week, and reaching the largest bet on higher prices since August 2018. The large-speculative category of trader is still much less optimistic on the other petroleum contracts however, with Brent and RBOB holding steady in below average territory, while ULSD continues to see a net-short position.

Baker Hughes reported 15 more oil rigs taken off-line last week, 14 of which came from the Permian Basin. The combined oil and gas rig count dropped by 17 for the week, extending the streak of new record lows for drilling activity since the weekly count was started in 1987. The pace of the decline is slowing however as prices stabilize, and of course unlike crude oil prices, the rig count can’t actually go negative. 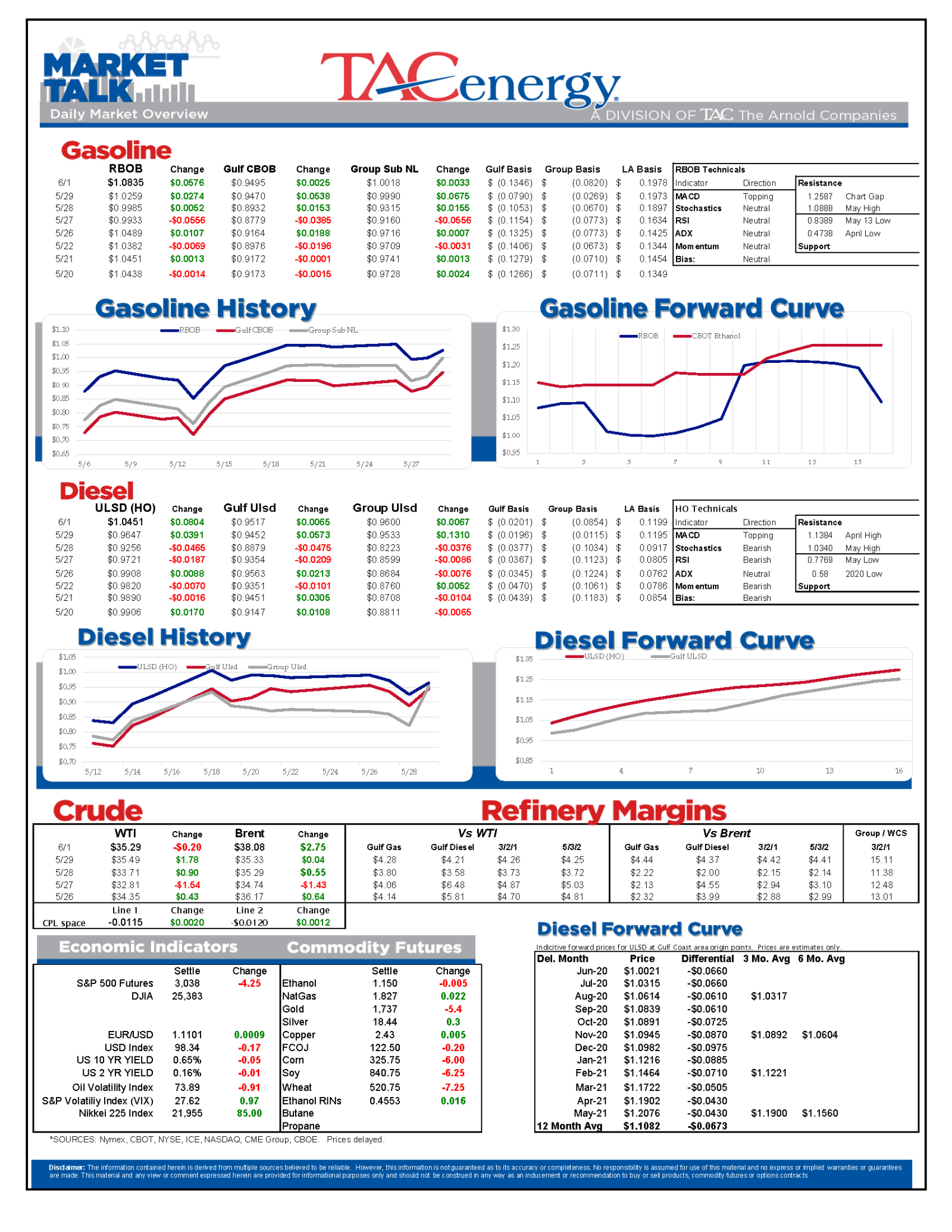 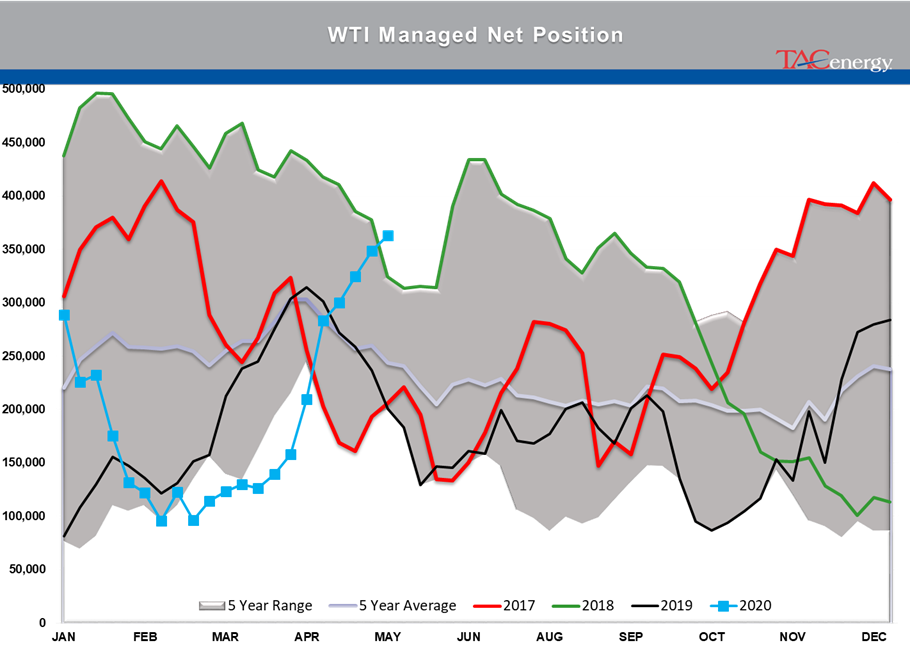 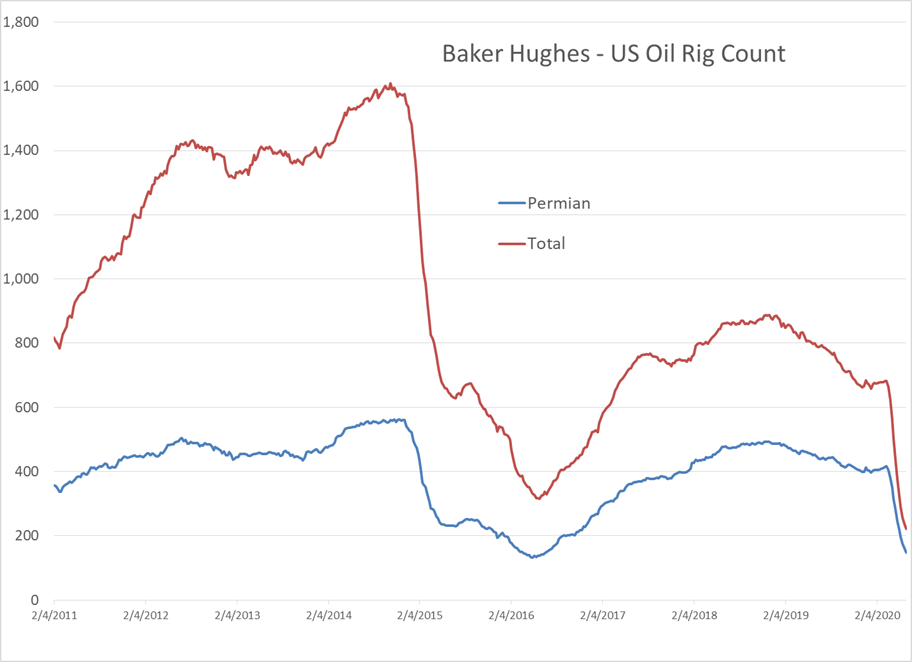